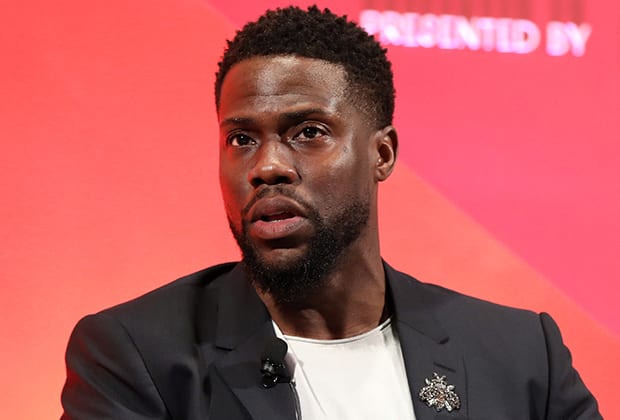 Hart was born on July 6, 1979 in Philadelphia, Pennsylvania. He was raised by his mother Nancy Hart, who was a systems analyst for the Office of Student Registration and Financial Services at the University of Pennsylvania.

His father, Henry Witherspoon, was a cocaine addict who was in and out of jail throughout most of Kevin’s childhood, and Kevin used humor as a way to cope with his troubled family life.

After graduating from George Washington High School, Hart briefly attended the Community College of Philadelphia and moved to New York City.  He later moved to Brockton, Massachusetts, and found work as a shoe salesman. He began pursuing a career in stand-up comedy after performing at an amateur night at a club in Philadelphia.

Hart’s first gig was at The Laff House in Philadelphia under the name of Lil Kev, which did not go well. His career suffered a slow start, as he was booed off stage several times, once even having a piece of chicken thrown at him. After those initial unsuccessful shows, Hart began entering comedy competitions throughout Massachusetts and audience receptions of his performances eventually improved

It took time for Hart to develop a unique comedic style. After an early period of attempting to imitate comedians like Chris Tucker, he found his own rhythm by delving into his insecurities and life experiences. “Because of what I do, it has to be an open book,” he has said. “But right now this is a book that is being written.”

Hart’s comedy tours began in 2009 with his act titled I’m a Grown Little Man, followed by Seriously Funny in 2010, Laugh at My Pain in 2011, and Let Me Explain in 2013, the latter two of which were also released as features in movie theaters.

Hart grossed over $15 million from “Laugh at My Pain”, making it one of the year’s top-selling comedy tours.  Hart also has a game available through iTunes called “Little Jumpman”. His Facebook page, Twitter account, and YouTube channel are all connected to and accessible through this app.  Most overseas fans of Hart discovered him on YouTube, as well.

Hart is one of the richest comedians in the world with a net worth of $200 million.

Related Topics:
Up Next