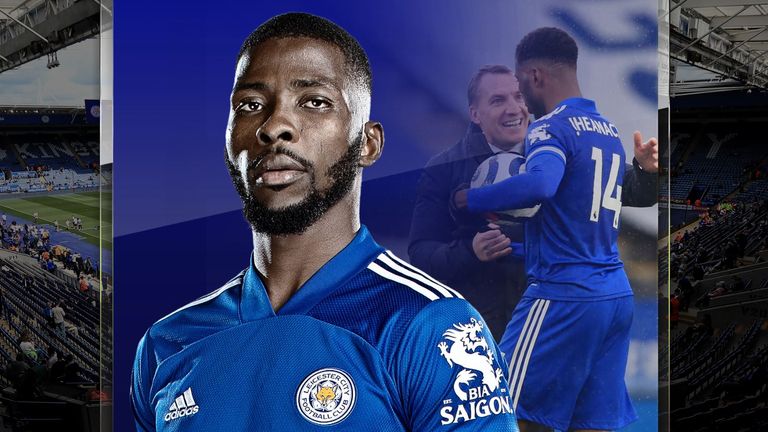 Kelechi Iheanacho net worth 2022: Kelechi is one of Nigeria’s best footballers at the moment. At just 24 years of age, Iheanacho has represented the country at all levels the sport. He was part of the U-17 world cup winning team in 2015. He currently plays for premier league side Leicester City where he is a key figure in the team. Keep reading as we bring to you Kelechi Iheanacho net worth, salary, cars and houses in this article.

Iheanacho was born in Owerri, Imo State. As a youth, he represented Taye Academy in Owerri, the capital city of Imo. His performances for Nigeria in the 2013 FIFA U-17 World Cup led to interest from clubs in Europe including; Arsenal, Sporting CP and Porto.

Non of the above teams succeeded in signing Kelechi. He signed a precontract with English giants Manchester City against his 18th birthday.

Iheanacho joined Manchester City’s Academy on 10 January 2015. Before the 2014–15 season. He proved himself with the team having scored twice in their preseason campaign in the United States. He was later arranged to train with Columbus Crew in the united states.

Due to inability to obtain a working permit from England, Kelechi had to wait till 2015 before he could join Manchester City.

Whiles in Man City, Iheanacho made his debut in the U-19 level  in a UEFA Youth League match against Schalke 04, but sustained an injury after only 11 minutes.

After his recovery, he began to represent Manchester City at both youth and under-21 level in the latter part of the season.

In 2015, Iheanacho was included in City’s pre-season tour team in Australia. On the tour, his impressive pre-season led to promotion to the Manchester City senior squad.

He scored his first competitive goal on 12 September, replacing Wilfried Bony in the final minute in a match away to Crystal Palace and scoring the only goal of the game.

heanacho scored his first career hat-trick on 30 January 2016 against Aston Villa in the fourth round of the FA Cup, also setting up City’s fourth goal, scored by Raheem Sterling.

2016, Iheanacho started in the Manchester derby. He recorded an assist and his first goal of the season in a 2–1 win for City. Four days later, Iheanacho came off the bench to score the final goal in City’s 4–0 home win in the Champions League, against Borussia Mönchengladbach. This was his first European goal for Manchester City.

After spending three years in Man City, Iheanacho made a move to Leicester City on a reported fee of 25 million Euros.

He made his debut for the club in a 4–3 defeat to Arsenal on 11 August 2017. He scored his first goal for Leicester in an EFL Cup tie against Leeds United on 24 October 2017.

On 16 January 2018, Iheanacho became the first player in English football to be awarded a goal due to VAR, as the referee deemed that the player had been incorrectly ruled offside for his second goal. The goal was Iheanacho’s second in a 2–0 win over Fleetwood Town in the FA Cup Third Round replay.

Kelechi has since become a key player in the Leicester City first team.

Iheanacho has represented Nigeria at youth levels from under-13 upwards. His first experience of a major international tournament was the 2013 African U-17 Championship in Morocco. For Iheanacho, the highlight was a hat-trick in a win against Botswana.

Iheanacho played a significant role in the 2013 FIFA U-17 World Cup, where he won the Golden Ball award for player of the tournament. Nigeria won the competition, in which Iheanacho scored six times, including once in the final, and provided seven assists.

Iheanacho made his senior debut as a substitute in a 2018 FIFA World Cup qualifying match against Eswatini in which Nigeria drew  His first start for the senior team was on 25 March 2016, a 1–1 draw with Egypt in a 2017 Africa Cup of Nations qualifying match

What is Kelechi Iheanacho Net Worth?

Kelechi Iheanacho net worth is estimated at $20 million making him one of the richest footballers in Nigeria. His main source of income is through his earnings as a professional footballers.

What is Kelechi Iheanacho salary?

Kelechi Iheanacho salary is a whooping £3,640,000 annually, he is paid a monthly salary of  £ 280,000 and a weekly wage of £70,000 whiles playing for Leicester City. According to Transfermarkt, He has a market value of 20 million pounds

Who is Kelechi Iheanacho Girlfriend?

Kelechi Iheanacho net worth 2021 is $20 million and a promising future ahead of him, you would expect to see some big brand names of cars in Kelechi’s garage. Well if that’s your thought, its not far from the truth. Among the cars owned by the star includes; Range Rover, Mercedes Benz, BMW among others.

It has been reported that Kelechi Iheanacho has a house in Manchester that is worth an estimated 8 million Naira. He is also building another one in Lagos.

Kelechi Iheanacho net worth 2021 is estimated at $20 million making him one of the richest footballers n Nigeria. What is your take on this article? leave your reply in the comments below