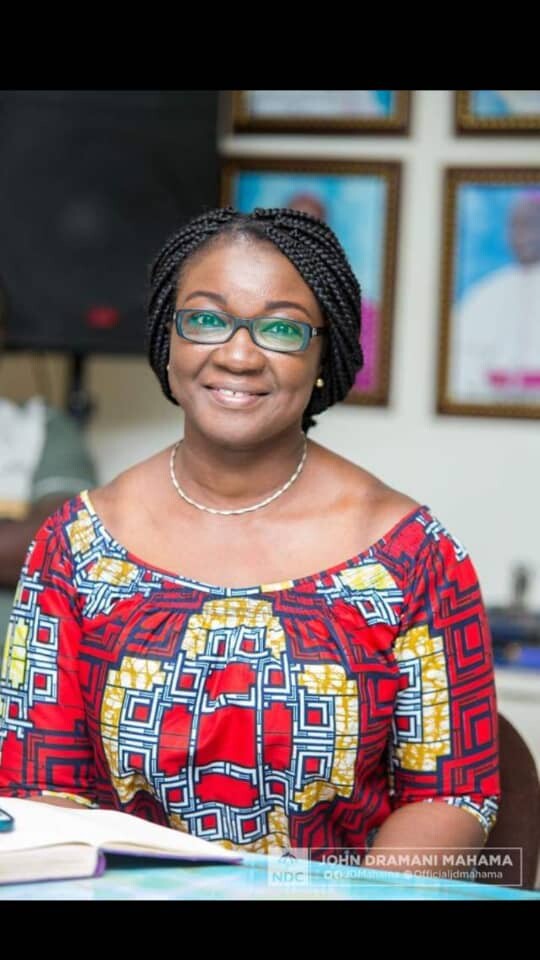 Joyce is one of the brilliant female politicians in the country. She has served in several capacities since graduating from law school in 1997. Mrs. Mogtari was the deputy Transport Minister under John Mahama Administration.

Joyce Bawa hails from the Savanna region of Ghana. She is a family sister to Otiko Afisa Djaba, the former Gender minister under Akuffo Addo Administration.

Joyce Bawa is married to Hudu Mogtari, The former Chief Executive Officer (CEO) of the Food and Drugs Authority (FDA). The couple is blessed with one child.

Hon. Joyce Mogtari earned a degree in Law in 1997 from Holborn College, University of London and was called to the Ghana Bar in 2000.

Before joining the Ministry in 2013, she was the Head of the Legal Unit of the Ghana Shippers’ Authority. Joyce is a member of the African Women Lawyers Association (AWLA), the Women in International Shipping and Trade Association, (WISTA) and the Ghana State Alumni.