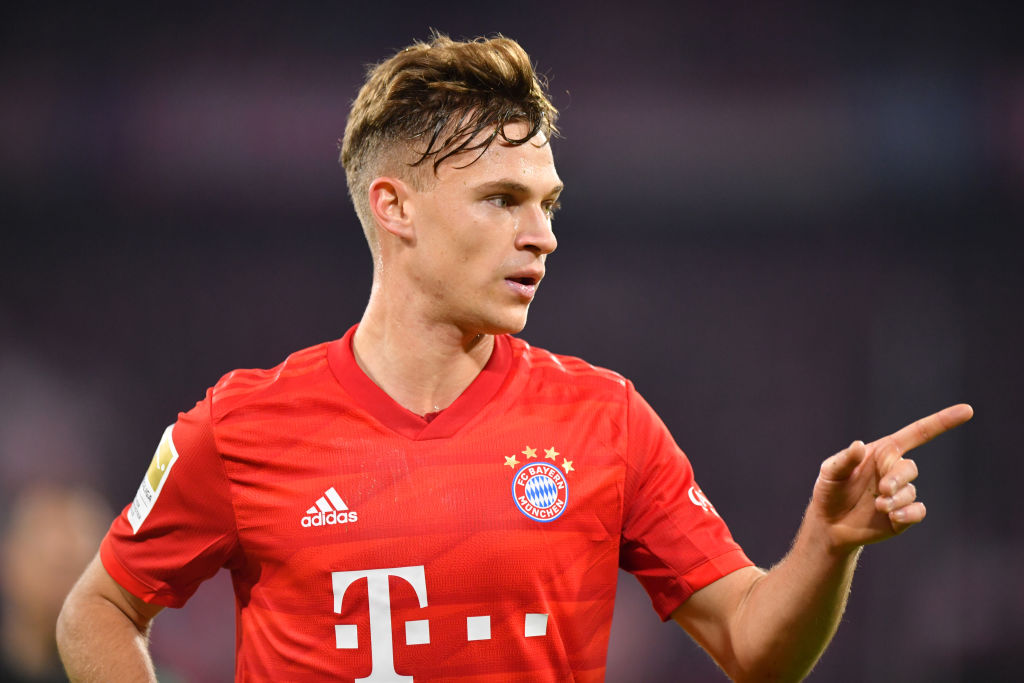 Joshua Kimmich net worth: Regarded as former Bayern Munich and Germany legend, Philip Lahm’s successor, Joshua Kimmich is a world class right back who can play as a midfielder. He currently plays for German Champions Bayern Munich and also the Germany national team. He is known for his versatility, speed technicality, passing and aggressiveness on the pitch.

Joshua Kimmich net worth is $50 million. It has been reported that Kimmich is currently paid £175,000 as weekly salary at Bayern Munich.

Joshua Kimmich was born on 8 February 1995 in Rottweil, Germany. He began his youth career in 2006 at Vfb Bosingen, before his services were acquired by Vfb Stuttgart in 2007. Kimmich kept progressing through the youth ranks of Vfb Stuttgart till he was snatched away by RB Leipzig in 2013.

At RB Leipzig, Joshua Kimmich became very pivotal, making a total of 53 appearances for the club before signing for Bayern Munich on January 2,2015. His debut came on the 9th of August in the  first round of the DFB-Pokal against FC Nöttingen. After impressing in the cup match, Kimmich was given his first league appearance the following month. As usual, Kimmich impressed with his high technical skills on and off the ball, this earned him a spot in the champions league opener four days later, against Olympiakos, this time he was given his first start. He ended the season with 23 appearances for the club.

Joshua Kimmich later opened his goal account as Bayern Munich player in September, 2016 after which he kept bagging goals for the German machines. He finished the 2916-2017 season in grand style, this he recorded 49 appearances for the club and he had become a regular in the team.

Kimmich lifted his first trophy with Bayern in 2017 when they defeated rival Borussia Dortmund on penalty shootout to claim the 2017 Dfl Supercup. Kimmich began winning several titles with Bayern Munich including the league titles.

Fast forward to 2019-2020 campaign, Joshua Kimmich was very pivotal in the the club’s success that season as helped the Club to win their second treble in many years. Bayern Munich won the League, Champions League and also the DFB-Pokal that season.

During the 2020-21 season, things did not go well for the German Champions, as they were kicked out of the Champions League by Paris Saint German and later won their 31st Bundesliga title. He has had an impressive club career at Bayern Munich, making a total of 173 appearances for the GERMAN side.

At the international level, Joshua Kimmich has represented his country 59 times, since he made his international debut in 2016. He has also won the 2017 Confederations Cup with the German national team.

Joshua Kimmich had signed a long term deal  with Nike and features the Nike Phanthom boots on his international and domestic matches.

Kimmich launched an online initiative “We Kick Corona” to help charitable, social, or medical institutions during the COVID-19 pandemic, together with club and country teammate Leon Goretzka.

What do you think of Joshua Kimmich net worth ? leave your reply in the comment section below