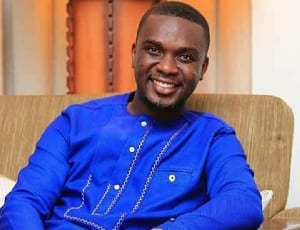 Joe Mettle is the stage name for Joseph Oscar Nii Armah Mettle. He is a gospel artiste from Ghana

He was born on 5 July to Florence Addo and Emmanuel Mettle and is the eldest of six children.

Joe started his education at the Richard Akwei Memorial School and later moved to Kade 1&2 Primary School (Kade) where he spent about a year before returning to Accra, to the St. Michael’s and All Angels.

He continued to Korle Gonno 3 Junior High School (JHS) and then later to the Accra Academy.

Joe’s Music ministry began in 2007. He sees his career in music as a calling and not a job. He founded Reverb Studios for rehearsing and recording. The company also provides musical equipment rental and music and marketing consultancy services.

He has many nationwide hit songs including “Nhyira”, “Medo Wo”, “Akokyem Nyame”, “Mensuro”, “Turning Around” and “Yesu Adi Nkunim” to his credit.

Artiste of the Year

Gospel Artiste of the Year

Male Vocalist Artiste of the Year

Gospel Artiste of the Year

Vocal Performance of the year

Artiste of the Year West Africa

Best Praise Song of the year

Best Gospel Video of the year

Best Video of the Year