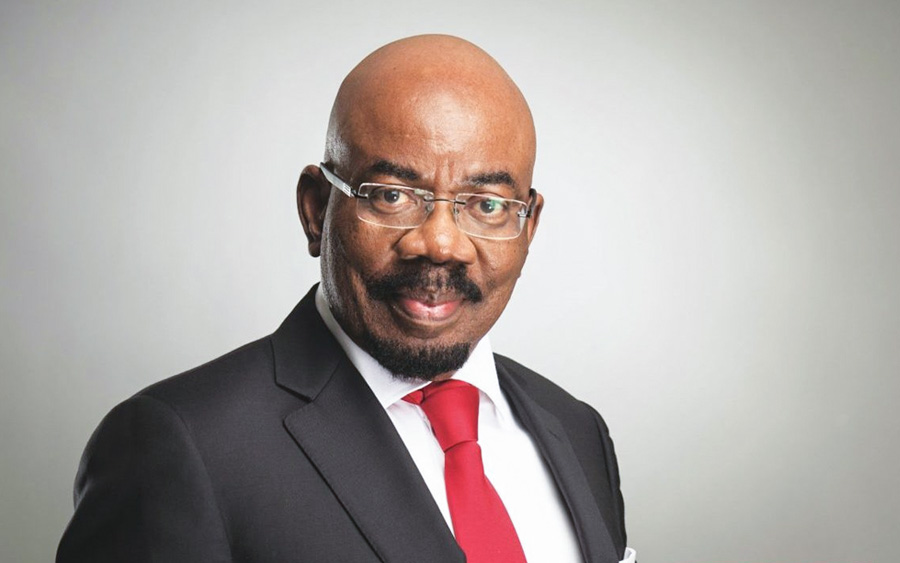 Glusea brings to you Jim Ovia net worth

Jim James Ovia  is a Nigerian businessman, a native of Agbor in Delta State. He founded Zenith Bank in 1990.

He is the founder of Zenith Bank Plc, Nigeria’s tier-1 bank and one of the most profitable financial institutions in Nigeria until 2010, when he moved into the chairman role. He was the recipient of a Nigerian national honor.

During two decades of leadership, he helped position the bank as one of the largest and most profitable in Africa.

Ovia is the founder of Visafone Communications Limited and the chairman of both the Nigerian Software Development Initiative (NSDI) and the National Information Technology Advisory Council (NITAC).

He is a member of the Honorary International Investor Council as well as the Digital Bridge Institute (DBI). Ovia is the Chairman of Cyberspace Network Limited. He was awarded an honorary doctorate degree in the 50th convocation ceremony of the University of Lagos.

Jim Ovia net worth is $980 million. he is one of the most successful businessmen i n Nigeria and Africa as a whole.

Ovia headed numerous Non-Governmental Organisations [NGO] at various times including serving as the first President of the Nigeria Internet Group (2001-2003).

He is the founder and Chairman of Mankind United to Support Total Education (MUSTE), a philanthropic organization focused on providing scholarships for the less privileged.

Ovia is the founder of the Youth Empowerment / ICT Foundation, which focuses on improving the socioeconomic welfare of Nigerian youths by inspiring and motivating them to embrace Information and communication technology.