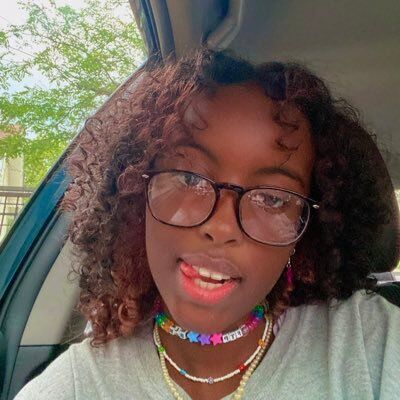 Glusea brings to you Isra Hirsi biography. She is an American environmental activist and has previously served as co-executive director of US Youth climate strike. She was named on Fortune’s 2020 40 Under 40 Government and Politics list

Isra Hirsi was born on 22nd February, 2003. She grew up in Minneapolis, Minnesota and is the daughter of the U.S. Congresswoman Ilhan Omar  and Ahmed Abdisalan Hirsi. At the age of 12, she was one of the participants protesting for justice for Jamar Clark at the Mall of America.

Hirsi is currently a student at Minneapolis South High School. She became involved in climate activism after joining her high school’s environmental club in her freshman year.

Hirsi has coordinated the organization of hundreds of student-led strikes across the United States on March 15 and May 3, 2019.

She co-founded the U.S. Youth Climate Strike, the American arm of a global youth climate change movement, in January 2019.

She acts as the co-executive director of this group. In 2019, she won a Brower Youth Award. That same year, Hirsi received the Voice of the Future Award.

In 2020, Hirsi was placed on BET’s “Future 40” list, which is a list of “40 of the most inspiring and innovative vanguards who are redefining what it means to be unapologetically young, gifted & black”. Hirsi gave her first TEDx talk entitled “Angry Black Girl” on February 22, 2020.