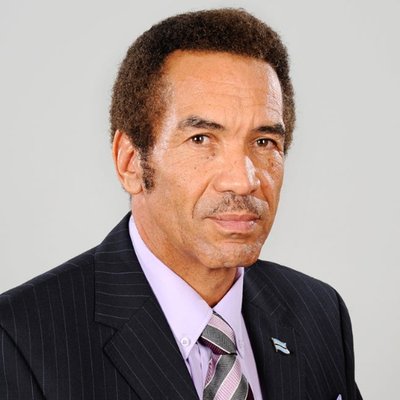 Ian Khama Net Worth 2023: Seretse Khama Ian Khama is a Motswana politician and former military officer who served as the fourth President of the Republic of Botswana from 1 April 2008 to 1 April 2018. He was succeeded on On 1 April 2018 by  Mokgweetsi Masisi as the president of Botswana.

Ian Khama is the second child of Sir Seretse Khama , who was the country’s foremost independence leader and President from 1966 to 1980.

Ian Khama is an alumnus of Waterford Kamhlaba, a United World College in Mbabane, Swaziland. He is a qualified pilot and attended Royal Military Academy Sandhurst, where the British Army trains its officers.

In April 1977, Khama was appointed as a brigadier general at age 24 during Sir Seretse Khama’s Presidency, making him the Deputy Commander to late former Vice President Lt. Gen.Mompati Merafhe.

He later served as the Commander of the Botswana Defense Force (BDF) from his appointment in 1989, retiring from the position in 1998.

During this time, Khama received military honours, including the Founder Officer Medal for being part of the Botswana Defense Force when it was created in 1977, the Duty Code Order for devotion to duty, and the Distinguished Service Medal in 1997 after 20 years of service.

Khama was appointed as the new Vice-President in 1998. Later, Mogae stepped down,  on 1 April 2008; Khama succeeded him as President.

After resigning from the presidency, Khama became a member of the Board of Directors of the US-based organization Conservation International, which is also active in Botswana.

Former President Ian Khama has refused to answer the nagging question of his net worth saying such questions are intrusive to one’s privacy, unfair and just difficult to deal with as experienced during his tenure as the president.

Khama’s net worth has always been a topical issue, especially among politicians who have always accused him of colluding with his ally and former Directorate of Intelligence Services (DIS) Isaac Kgosi to milk the state through the DIS.