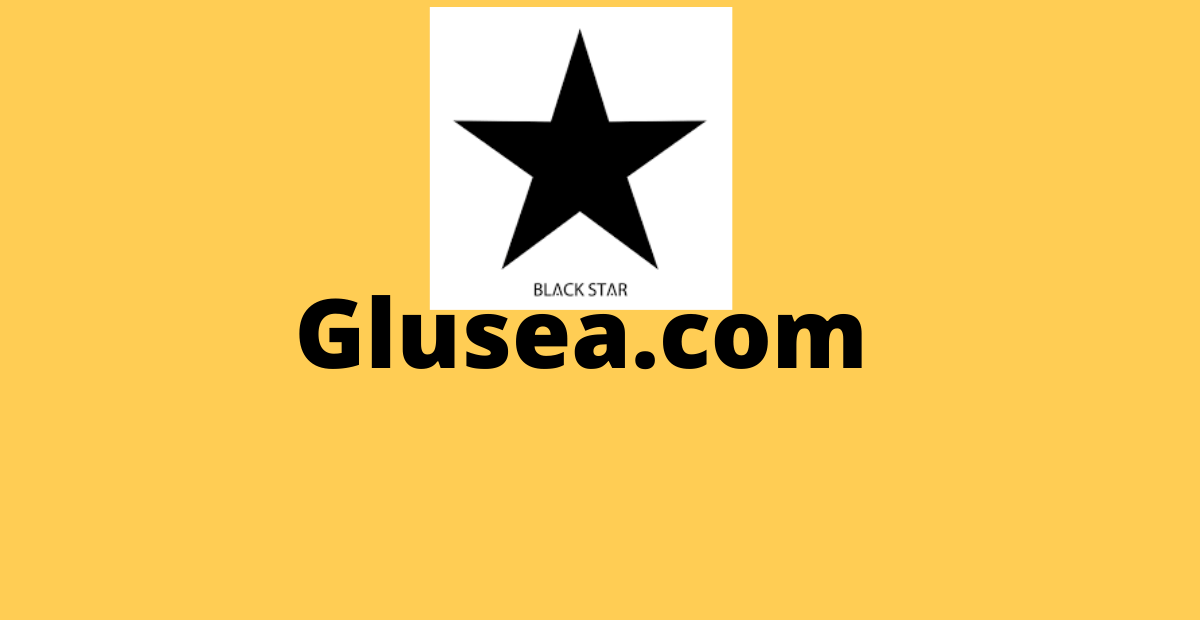 Read How to protect your home from Coronavirus here

Life under coronavirus means staying home as much as possible — but you’ll likely need to make a trip to the grocery store or pharmacy at some point.

With the help of physicians and infectious disease experts, we built a tip sheet to make sure you don’t bring the virus back with you.

Note: Recommendations for COVID-19 may change as officials learn more, so monitor your local health department and the Centers for Disease Control and Prevention for updates.

Read How to wear were a Face Mask the tight way

When you get back

If someone in your house gets sick

How to protect your home from Coronavirus

Read How to Make your own Hand Sanitizer at Hone

Related Topics:Coronavirus updates in Ghana
Up Next

Wise African Proverbs to Fill you With Wisdom

Mohammed Indimi Net Worth. Mohammed Indimi OFR is a Nigerian billionaire businessman and philanthropist. He is the founder and chairman of Oriental Energy Resources (OER), a privately-held Nigerian oil exploration and production company

According to Forbes, Mohammed Indimi net worth is 650 million. is the chairman and leading shareholder of Oriental Energy Resources, a privately held Nigerian oil exploration and production company he founded in 1990. Oriental currently has three projects offshore of Nigeria’s Niger Delta region. Six of his children serve on the company’s board. His net worth dropped from an estimated $670 million a year ago due to ongoing low oil prices. He is one of the richest men in Nigeria

Indimi was born August 12, 1947 in Maiduguri the capital of Borno State, north-east Nigeria. His father, late Alhaji Mamman Kurundu was also a businessman who traded in hides and skins.

Indimi attended traditional Qur’anic school as it is the general practice of Muslim communities in the Northern Nigeria. He could not attend formal school because his father could not afford to sponsor his formal western education but still managed to learn how to speak, read and write in

At the age of 10, Indimi followed his father to local markets around Borno to trade animal hides and skins. In 1963, he became independent and started his own business after he collected 100 pounds loan from his friend Alhaji Umar Tela which he used as a start-up. Eventually, he decided to expand into selling clothes which were imported from Chad and Cameroon

In 1990, Indimi got oil prospecting license granted by the Ibrahim Badamasi Babangida regime. He established an oil and gas firm named Oriental Energy Resources (OER). Indimi served as chairman and board member of several companies including Jaiz Bank

What is Angela Merkel Net Worth ? Read on to find out here.

Angela Dorothea Merkel is a German politician who has been Chancellor of Germany since 2005. She served as Leader of the Opposition from 2002 to 2005 and as Leader of the Christian Democratic Union (CDU) from 2000 to 2018.

A member of the Christian Democratic Union, Merkel is the first female Chancellor of Germany. Merkel has been widely described as the de facto leader of the European Union, the most powerful woman in the world and by many commentators since 2016 as the “leader of the free world”

Angela Merkel Net Worth: Angela Merkel is a German politician and former research scientist who has a net worth of $11.5 million. Angela Merkel was born July 17, 1954 in Hamburg, Germany. Trained as a physicist, Merkel entered politics after the 1989 fall of the Berlin Wall.

Rising to the position of Chairwoman of the Christian Democratic Union (CDU) party, Merkel became Germany’s first female chancellor and one of the leading figures of the European Union, following the 2005 national elections.

In 2013, Merkel won one of the most decisive victories in German history, achieving the best result for the CDU/CSU (Christian Democratic Union/Christian Social Union) since reunification and coming within five seats of the first absolute majority since 1957. However, with the FDP (Free Democratic Party), its preferred coalition partner, failing to enter parliament for the first time since 1949, the CDU/CSU turned to the SPD (Social Democratic Party) to form the third grand coalition in postwar German history and the second under Merkel’s leadership.

Merkel made international headlines in October 2013 when she accused the U.S. National Security Agency of tapping her cell phone. She chided the United States for this privacy breach, saying that “Spying among friends is never acceptable,” according to CNN.com, at a summit of European leaders. Later reports revealed that the NSA may have surveilled Merkel since as early as 2002.

Merkel was educated at Karl Marx University, Leipzig, where she studied physics from 1973 to 1978. While a student, she participated in the reconstruction of the ruin of the Moritzbastei, a project students initiated to create their own club and recreation facility on campus. Such an initiative was unprecedented in the GDR of that period, and initially resisted by the University; however, with the backing of the local leadership of the SED party, the project was allowed to proceed.

Read Most Powerful women in the world

At school, she learned to speak Russian fluently and was awarded prizes for her proficiency in Russian and mathematics. She was the best in her class in mathematics and Russian and completed her school education with the best possible average Abitur grade 1.0.

Near the end of her studies, Merkel sought an assistant professorship at an engineering school. As a condition for getting the job, Merkel was told she would need to agree to report on her colleagues to officers of the Ministry for State Security. Merkel declined, using the excuse that she could not keep secrets well enough to be an effective spy.

Merkel worked and studied at the Central Institute for Physical Chemistry of the Academy of Sciences in Berlin-Adlershof from 1978 to 1990. At first she and her husband squatted in Mitte.

At the Academy of Sciences, she became a member of its FDJ secretariat. According to her former colleagues, she openly propagated Marxism as the secretary for “Agitation and Propaganda”.

However, Merkel has denied this claim and stated that she was secretary for culture, which involved activities like obtaining theatre tickets and organizing talks by visiting Soviet authors. She stated: “I can only rely on my memory, if something turns out to be different, I can live with that.”

After being awarded a doctorate for her thesis on quantum chemistry in 1986, she worked as a researcher and published several papers.

In 1986, she was able to travel freely to West Germany to attend a congress; she also participated in a multi-week language course in Donetsk, in the then-Ukrainian Soviet Socialist Republic.

Ben Carson’s net worth is $30 million. He is an American politician, author, and retired neurosurgeon who is currently serving as the 17th United States Secretary of Housing and Urban Development. He has served in that position since 2017. He was a candidate for President of the United States in the 2016 Republican primaries. He is considered a pioneer in the field of neurosurgery

Carson became the Director of Pediatric Neurosurgery at the Johns Hopkins Children’s Center in 1984 at age 33; he was the youngest chief of pediatric neurosurgery in the United States.

At retirement, he was a professor of neurosurgery, oncology, plastic surgery, and pediatrics at the Johns Hopkins School of Medicine.

Carson’s achievements include participating in the first reported separation of conjoined twins joined at the back of the head. Although surgically a success, the twins continued to suffer neurologic/medical complications.

He wrote over 100 neurosurgical publications. He retired from medicine in 2013.

Carson gained national fame among political conservatives after delivering a speech at the 2013 National Prayer Breakfast which was perceived as critical of the policies of President Barack Obama.

Following widespread speculation of a presidential run, Carson officially announced his campaign for the 2016 Republican nomination for President in May 2015. Carson performed strongly in early polls, leading to him being considered a frontrunner for the nomination during the fall of 2015, however his polling support began to decline following scrutiny of his foreign policy credentials after the November 2015 Paris attacks.

Carson withdrew from the race after Super Tuesday, following a string of disappointing primary results, and endorsed Donald Trump.

Following Trump’s victory, Trump nominated Carson as Secretary of Housing and Urban Development, which was confirmed by the United States Senate in a 58–41 vote on March 2, 2017.

Carson has received numerous honors for his neurosurgery work, including more than 60 honorary doctorate degrees and numerous national merit citations.

In 2001, he was named by CNN and TIME magazine as one of the nation’s 20 foremost physicians and scientists, and was selected by the Library of Congress as one of 89 “Living Legends” on its 200th anniversary.

In 2008, Carson was bestowed the Presidential Medal of Freedom, the highest civilian award in the United States.

In 2010, he was elected into the National Academy of Medicine. He was the subject of the 2009 TV film Gifted Hands: The Ben Carson Story, where he was portrayed by Cuba Gooding Jr.

Ben Carson is happily married to Candy Carson, an American author and businesswoman. the couple together have three children. Candy and her husband started the Carson Scholars Fund, designed to provide scholarships to students in grades 4–11 for “academic excellence and humanitarian qualities”.

The foundation was started after the Carsons read that U.S. students ranked second to last in terms of math and science testing among 22 countries, feeling that their efforts could assist in encouraging academic efforts as they noted schools award athletes with trophies whereas honor students received only “a pin or certificate.” Recipients of the Carson Scholars Fund receive a $1,000 scholarship towards their college education and has awarded upward of 6,700 scholarships