HomeSocial and LifestyleHow Casino Gaming is impacting the basketball world

How Casino Gaming is impacting the basketball world 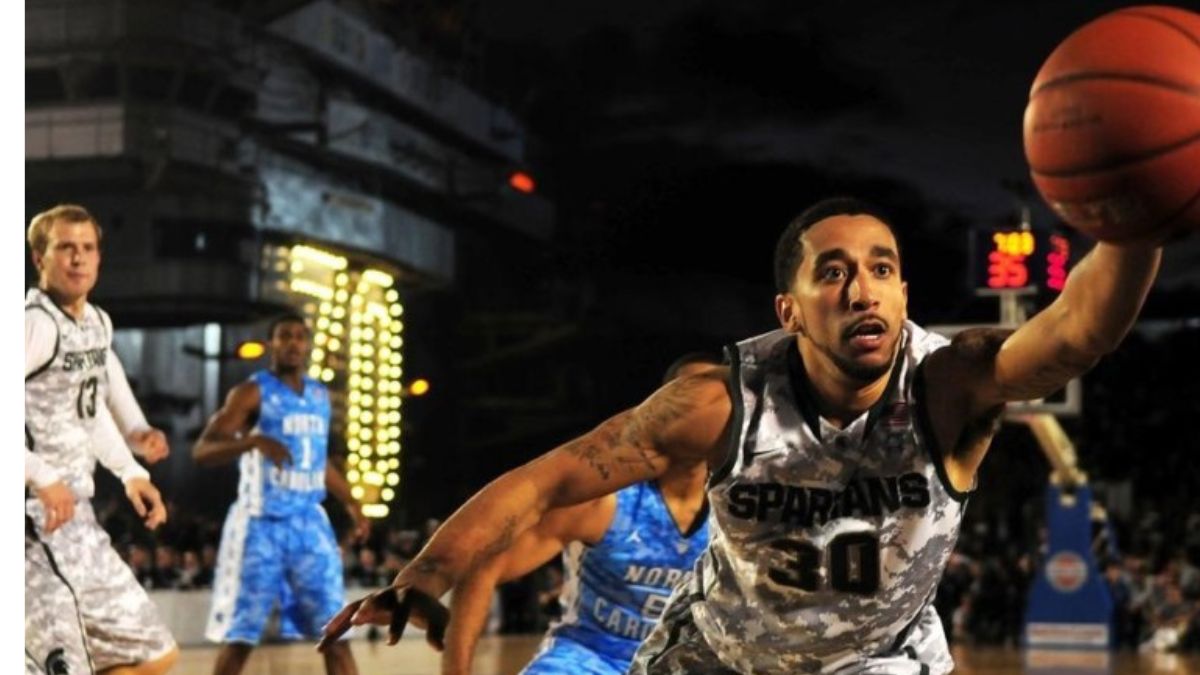 The casino industry has proven to be one of the most future-facing, versatile, and adaptable
sectors time and again. Always the earliest to adopt new technologies and root out the next
trend, in a market so competitive, sitting still means certain failure.

And the casinos’ relationship with pro sports leagues and emerging esports leagues is
a testament to this. From sponsorships and collaborations to sports casino gaming concepts and
specially designed machines/software for fans, the link between sports and casinos is closer
than ever.

Sites like Rainbow Riches Casino offer an extensive library of games for every taste, including
themed Slingo slots for sports and basketball enthusiasts.

Sportsbooks and the NBA

In 2018 the NBA struck a deal with casino behemoth MGM Resorts International becoming the
first US sports league to partner with a sportsbook operator. This followed the watershed
decision by the Supreme Court to overturn The Professional and Amateur Sports Protection Act
(PASPA).

PASPA had stood since 1992 and effectively outlawed sportsbooks from operating in every
state that didn’t already have existing exemptions – Nevada, Oregon, Delaware and Montana.
The 2018 decision by the US Supreme Court deemed PASPA to be in contravention of the
Tenth Amendment, sometimes referred to as the “anti-commandeering doctrine” which prohibits
the insistence of federal laws being implemented at a state level.

Since PASPA was considered unconstitutional it was repealed and hence left up to each state
to make their own laws surrounding sportsbooks. Between 2018 and now, every state has at
least considered the prospect of updating their legislation with many enacting those changes
into law.

The NBA didn’t hesitate in capitalizing on the decision to establish a lucrative relationship with
the gaming firm, industry sources suggesting the deal was worth at least $25 million with a three
year contractual term.

In 2021, the NBA announced it would loosen restrictions on each team’s ability to acquire
sponsorships with sportsbooks, adding to their list of liquid assets and driving value into the
sector. The Brooklyn Nets, Chicago Bulls, Cleveland Cavaliers, LA Clippers, and Golden State
Warriors all announced a collaboration with another leading operator soon after the
announcement. At the beginning of this season the Sacramento Kings made public that a
gaming firm would become their main sponsor.

Once a sports wilderness, Sin City now boasts several top flight franchises to its name: the
NHL’s Golden Knights, the NFL’s Raiders and the WNBA’s Aces. Seeing the strip bustling with
jersey-clad fans is now commonplace and by all accounts, the transition from pro sports isolation
to major player has been a notable success.

Fans and officials agree, the infrastructure of the city and its ability to host big games, which
was – prior to 2020 – in doubt, has proven it can cope with the demand of the biggest fixtures.
So much so that Las Vegas have recently secured Super Bowl LVIII 2024 to take place at the
Allegiant Stadium – the new home of the Raiders. It was in fact MGM Resorts that purchased
the WNBA San Antonio Stars, relocated them to Vegas and renamed them the Aces.

NBA Stars and the Casino

It’s no secret that many of the league’s brightest stars have had a close affiliation with the
casino floor. Maybe it’s the innate competitive nature of top tier athletes or it is possibly because
their payslips give them the financial freedom to indulge in casino games as and when they
please – either way it’s well documented that some of the best ballers the world has ever seen
enjoyed nothing more than a friendly wager – and some of the ensuing tales make for
entertaining reading.

● Michael Jordan
The Chicago Bulls star and arguably the greatest player to have ever lived, MJ was no stranger
to the casino. Famously, the night before an important playoff fixture against the New York
Knicks in 1993, Jordan would check out of his hotel and travel to Bally’s Casino in Atlantic City,

where he would stay, gaming until at least 2 o’clock in the morning – witnesses report. The Bulls
still went on to win the playoffs and earn Michael his third championship ring.

● Charles Barkley
Chuck has reportedly spent huge sums at the Blackjack table, admitting to losing $2.5 million
USD in just one six hour session. But he is also quick to decry suggestions that he should quit,
since he both enjoys the pursuit and can afford it.

● Shaquille O’Neal
Although not closely associated with the casino itself, Shaq has acknowledged he can never
turn down a wager, even partaking in some friendly speculations with his co-host Charles
Barkley live on air. O’Neal also has investments in sportsbook operators.

● Larry Bird
The Great White Hope has taken his fondness of the casino to a business level becoming a
principal investor and partner in a casino project in his hometown of French Lick, Indiana.

The relationship between the NBA and the casino is a two-way street. Capital injected from the
gaming industry has enabled NBA teams to expand and capitalize further on their intellectual
property. At the same time, the casinos themselves have offered some welcome respite to the
stresses of top-tier sports to some of the league’s biggest names.