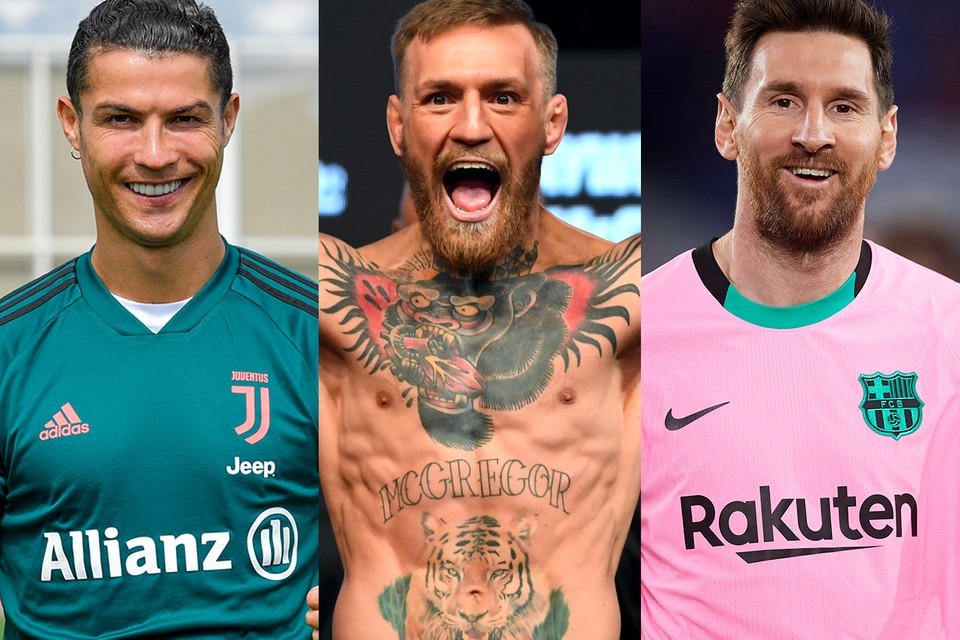 Highest-paid Athletes in the world and their earnings

Top 20 Highest-Paid Athletes in the World 2022 Forbes: Even as the pandemic canceled hundreds of sporting events and left pro leagues scrambling, a lot of pay cuts were seen among most of the top-earning athletes. Nevertheless, the world’s list of highest-paid athletes turned into a record-breaking affair. Naomi Osaka becomes the highest-paid female athlete.

Connor McGregor told Christiano Ronaldo last year that he would one day overtake him as the highest-paid athlete in the world. He has indeed done it this year.

Highest-Paid Athletes in the World Forbes 2022

Conor Anthony McGregor is an Irish mixed martial artist, boxer and businessperson. He is a former Ultimate Fighting Championship (UFC) featherweight and lightweight double-champion. As of May 2021, he is #5 in the UFC lightweight rankings.

In his debut professional boxing match, he was defeated by Floyd Mayweather Jr. He is the biggest pay-per-view (PPV) draw in MMA history, having headlined five out of the six highest-selling UFC pay-per-view events.

Lionel Andrés Messi also known as Leo Messi, is an Argentine professional footballer who plays as a forward and captains both Spanish club Barcelona and the Argentina national team.

Often considered the best player in the world and widely regarded as one of the greatest players of all time, Messi has won a record six Ballon d’Or awards, a record six European Golden Shoes, and in 2020 was named to the Ballon d’Or Dream Team.

Lionel Messi is the second highest-paid athlete in the world with earnings of $130 million.

Cristiano Ronaldo dos Santos Aveiro is a Portuguese professional footballer who plays as a forward for Serie A club Juventus and captains the Portugal national team. Often considered the best player in the world and widely regarded as one of the greatest players of all time, Ronaldo has won five Ballon d’Or awards and four European Golden Shoes, both of which are records for a European player.

Ronaldo is the on the list of the highest-paid athletes in the world.

Rayne Dakota Prescott is an American football quarterback for the Dallas Cowboys of the National Football League (NFL).

His $107.5 million in total earnings for the 12 months through April 2021 sets a record for NFL players.

Prescott signed a four-year, $160 million contract extension with the Cowboys in March 2021 that came with a $66 million signing bonus.

LeBron Raymone James Sr. is an American professional basketball player for the Los Angeles Lakers of the National Basketball Association (NBA). Widely considered one of the best NBA players in history.

He has the NBA’s top endorsement portfolio, as well as his own production company (SpringHill Entertainment) and media company (Uninterrupted).

James teamed up with Cindy Crawford, Arnold Schwarzenegger and Lindsey Vonn in 2018 to launch Ladder, a health and wellness company.

With Earnings of $96.5 million, James is among the highest-paid athletes in the world.

Neymar da Silva Santos Júnior known as Neymar, is a Brazilian professional footballer who plays as a forward for Ligue 1 club Paris Saint-Germain and the Brazil national team. He is widely regarded as one of the best players in the world.

In May 2021, Neymar signed a contract extension that ties him to Paris Saint-Germain until summer 2025.

His new contract is packed with performance bonuses, including a massive bump if PSG wins the Champions League.

Roger Federer is a Swiss professional tennis player. He is ranked No. 8 in the world by the Association of Tennis Professionals (ATP). He has won 20 Grand Slam men’s singles titles, an all-time record shared with Rafael Nadal.

Federer has a sponsor portfolio that is unmatched in the sports world. In 2020, that made him the world’s highest-paid athlete for the first time.

The biggest prize in his stable is Japanese apparel brand Uniqlo, which locked him up in 2018 under a ten-year, $300 million deal.

Sir Lewis Carl Davidson Hamilton is a British racing driver. He currently competes in Formula One for Mercedes, having previously driven for McLaren from 2007 to 2012.

In Formula One, Hamilton has won a joint-record seven World Drivers’ Championship titles (tied with Michael Schumacher), and holds the records for the most wins (98), pole positions (100), and podium finishes (170), amongst others.

Thomas Edward Patrick Brady Jr. is an American football quarterback for the Tampa Bay Buccaneers of the National Football League (NFL). He spent his first 20 seasons with the New England Patriots, where he was a central contributor to the franchise’s dynasty from 2001 to 2019.

Brady is widely considered to be the greatest quarterback of all time. After shocking the football world by leaving the Patriots for the Buccaneers in 2020, Brady promptly won his seventh Super Bowl.

Highest-Paid Athletes in the World Forbes 2022

Kevin Wayne Durant, also known simply by his initials KD, is an American professional basketball player for the Brooklyn Nets of the National Basketball Association (NBA).

After three years with the Golden State Warriors, Durant joined the Brooklyn Nets in 2019 under a four-year, $164 million contract.

The 11-time All-Star banks over $40 million from sponsors, but he’s also invested in more than 40 companies, including Postmates and Acorns.