The 20 Richest Companies in the World by Market Capital

The 20 Most Expensive Wine Brands In The World

The Top 20 Most Expensive Hotels In The World 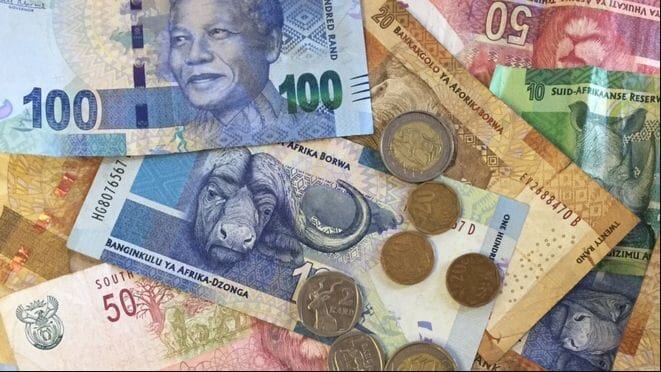 Top 50 highest currencies in Africa 2022: The strength of a currency is determined by the different factors. Whiles the state of the economy plays a part on the value of a countries currency, it doesn’t entirely control it in all situations.

This can be seen in countries like Nigeria, one of the richest countries in Africa with one of the weakest currencies.

The value of currencies in Africa listed in this article was determined by its equivalence to the united states dollar.

The top 10 strongest currency in africa 2022

Tunisian Dinar is the currency of Tunisia. It is subdivided into 1000 milim or millimes.The dinar was introduced in 1960, having been established as a unit of account in 1958. It replaced the franc at a rate of 1000 francs = 1 dinar.

The Tunisian Dinar is the highest currencies in Africa

The Libyan Dinar is one of the highest currencies in Africa. It was introduced in September 1971 and replaced the pound at par. It is issued by the Central Bank of Libya, which also supervises the banking system and regulates credit.

Coming thirdon the list of highest currenciesx in Africa 2020 is the Ghanaian cedi. The new cedi was introduced in 2007 to replace the then overly depreciated cedi denomination.

Because of the rampant inflation in the decades before the exchange the second cedi was only worth a small fraction of its original value. The government decided to “cut” four zeros off the currency by the switch to the third cedi.

The new currency was not introduced as the third cedi but is instead officially called the Ghanaian Cedi, in contrast to the second cedi that was officially known as the New Cedi.

The Ghanaian cedi is one of the highest currencies in Africa

The Dirham is the official monetary currency of Morocco. It is issued by the Bank Al-Maghrib, the central bank of Morocco. One Moroccan dirham is subdivided into 100 centimes.

The pula is the currency of Botswana. Pula literally means “rain” in Setswana, because rain is very scarce in Botswana — home to much of the Kalahari Desert — and therefore valuable and a blessing.

The word also serves as the national motto of the country.  The Botswana Pula is valuable because of the country’s strong economy and relatively stable democracy. The pula was introduced in 1976, replacing the South African rand at par.

The Pula is one of the highest currencies in Africa

The economy of Seychelles is based on fishing, tourism, the processing of coconuts and vanilla, coir (coconut fiber) rope, boat building, printing, furniture and beverages.

The Seychelles Rupee is among the highest currencies in Africa

The kwacha  is the currency of Zambia. It is subdivided into 100 ngwee. Zambia is the largest producer of cooper in Africa and it comes as no surprise because the currency plays a major role in the trading of the commodity.

Read The Richest Presidents in The world

The nakfa  is the currency of Eritrea and was introduced on 8 November 1997 to replace the Ethiopian birr at par. The currency takes its name from the Eritrean town of Nakfa, site of the first major victory of the Eritrean War of Independence. The nakfa is divided into 100 cents.

It has enjoyed stability over the years because the country’s government does not float the currency.

Instead, it prefers the stability of having a fixed exchange rate.

The Egyptian Pound has been gaining value over the years because of its unofficial use in Sudan and the Gaza Strip.

Also, the EGP has gained in value after the government reduced interest rates to attract domestic and foreign investments.

Like other African currency symbols, the Egyptian pound has several, including E£ and LE.

The rand is the official currency of South Africa. It is subdivided into 100 cents (sign: “c”).

The South African rand is also legal tender in the Common Monetary Area member states of Namibia, Lesotho and Eswatini.

Although these three countries each have their own national currency (the dollar, the loti and the lilangeni respectively), all three have been pegged with the rand at par since their introductions, and the rand is still widely accepted as a substitute for them.

The rand was also legal tender in Botswana until 1976, when the pula replaced the rand at par.

The South African Rand is among the top 50 highest currencies in Africa.

The kwacha is the currency of Zambia. It is subdivided into 100 ngwee. Prior to independence in 1964, the Rhodesia and Nyasaland pound was the legal tender of the short-lived British protectorate of Northern Rhodesia.

Banknotes of 10 shillings, 1, 5, and 10 pounds issued by the Central Africa Currency Board were in circulation, together with coins of ½, 1, 3, 6 pence, and 1, 2, 2½, and 5 shillings. After independence, the Bank of Zambia issued the first Zambian currency, the Zambian pound, in 1964.

Read Countries in the world with the most beautiful women

The issued paper bills and coins were of similar denominations as these used before independence, except for the 10 pounds note, which was never issued by the Bank of Zambia.

A new design to depict the newly independent country’s history and struggle was adopted.

The two currencies – the Rhodesia and Nyasaland pound and the Zambian pound, were allowed to circulate in parallel until December 15, 1965, when the South Rhodesian pound bills and coins were withdrawn from circulation, except for the 3 pence coin which was allowed to circulate alongside its Zambian alternative for a brief period.

Thanks for reading the article, leave your comments below, lets discuss.