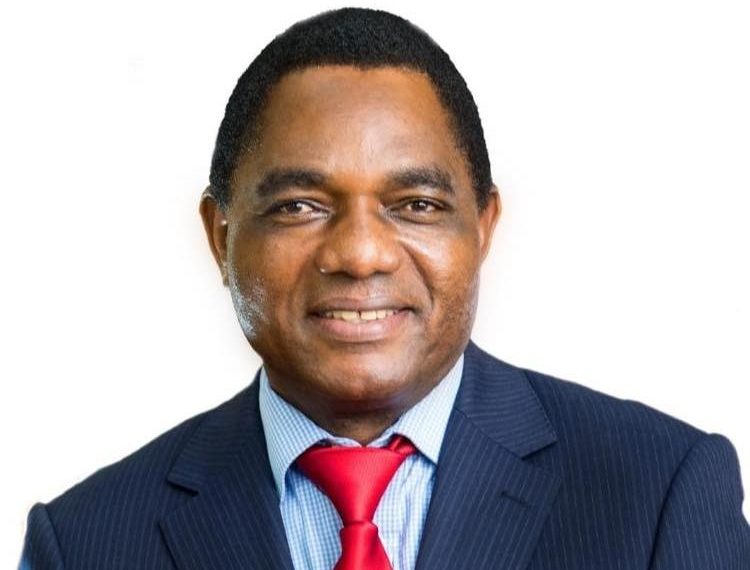 It was a case of sixth time lucky for Hakainde Hichilema, who has finally become president of Zambia after five unsuccessful attempts.

But who is the new president? And why has he succeeded after years of failure?

Mr Hichilema, 59, has described himself as an ordinary “cattle boy”, who herded his family’s livestock in his youth before going on to become one of Zambia’s richest men.

The president-elect and leader of the United Party for National Development (UPND) is widely referred to as HH. He was born into humble beginnings before managing to get a scholarship to the University of Zambia, and later graduated with an MBA degree from the University of Birmingham in the UK.

He went on to make a fortune in finance, property, ranching, healthcare and tourism.

He has used both aspects of his background to appeal to voters.

He told voters that they needed a successful businessman to understand how to get the economy moving in the copper-rich nation, where there is high unemployment. He also used his agricultural roots to appeal to the country’s farmers, saying he could turn Zambia into a food basket for the region.

But it was Mr Hichilema’s ability to connect with younger voters that was perhaps the biggest factor in his success. More than half of the seven million registered voters in Zambia are under the age of 35. Around one in five of them are unemployed.

The governing Patriotic Front (PF) swept to power in 2011 on the promise of “less taxes, more money in people’s pockets and more jobs”. But this did not materialise for many young people and they turned out in their millions for Mr Hichilema.

One of the ways he connected with young people was through social media. This was not the first election that Mr Hichilema attempted to use the likes of Facebook and Twitter to connect with voters, but he has recently upped his game.

He has also been willing to play dirty.

Last year he released a video entitled “The tale of two professionals…”, which presented Mr Hichilema as a shrewd and responsible businessman, and Mr Lungu as someone who spent all his money in bars and nightclubs. “Which of these two is smarter?” the video asked.

Mr Hichilema would often comment on social media trends away from politics, particularly football – a sure-fire way to connect with voters. He would sometimes playfully taunt fans of Manchester United and Arsenal if their team lost.

He also congratulated Zambian players who landed big money moves to Europe, including Patson Daka, who recently joined Leicester City, and Fashion Sakala, who signed for Scottish champions Rangers. He would even comment on their pre-season friendly games, seemingly displaying a genuine interest in their careers. Mr Lungu tried similar tactics, but many felt it came across as forced.

Mr Hichilema would often use slang on social media, including the term “bally”, an informal way of addressing someone as your father. Hashtags like #BallyWillFixIt was used in an effort to speak the language of people in the markets and bars, not just the business elites.

It appeared to work.

Thousands of Mr Hichilema’s supporters flocked onto the streets of Lusaka after his victory, chanting “let’s go Bally”.

Mr Hichilema has shown resilience in his political career. Along with his five electoral losses, he often reminds people that he has been arrested 15 times since getting into politics.

In 2016, he was charged with treason for allegedly failing to give way to the presidential motorcade. He spent four months in a maximum-security jail before the charges were dropped.

In his acceptance speech, President-elect Hichilema extended an olive branch to his predecessor.

“Don’t worry, you’ll be OK, you won’t face retribution or get teargassed,” said Mr Hichilema, who was often attacked in what he said were attempts to silence and intimidate him as an opposition leader.

After finally getting the top job, Mr Hichilema will no doubt be celebrating. But the new president-elect will need to get to work fast in a country facing many problems.

Along with high unemployment, the cost of living has also increased rapidly.

For the first time since 1998, Zambia plunged into a recession last year as the Covid-19 pandemic spread across the globe.

As for the money the country owes to foreign lenders, it is estimated to be more than $12bn (£8.6bn).

This means that the government ends up spending at least 30% of its revenue on interest payments, according to credit ratings firm S&P Global.

Last year, Zambia missed an interest repayment, making it the first African country to default on a loan during the pandemic. It is also facing difficulties repaying other loans.

Mr Hichilema’s wave of popularity will subside if he cannot start fixing some of these problems, and quick.