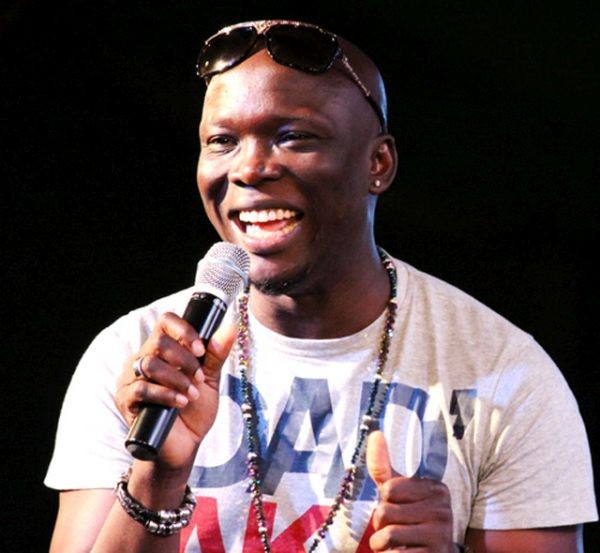 Glusea brings to you Gordons Comedian net worth?

Gordons is one of the best comedians in Nigeria. According to numerous sources, Gordons Comedian net worth is $2 million.

Gordons is one of the most outstanding stand up comedian in the Nigerian comedy industry. He is a TV host, master of ceremony, music artist whose success story is a heart warming one. Gordon is one of the high profiled lord of the ribs from the streets of Warri who started life as the poorest of the poor kids while growing up, but today he is celebrated all over Nigeria and Africa. Let’s take you on a tour around his life and I’m sure you will be eager to know his net worth, this too will be covered in this article.

Godwin Komone, popularly known as Gordon was born in Warri, Delta State, Nigeria into a polygamous family. It wasn’t easy at all for Gordon as his parents had to work extra hard to provide for the family that struggled to feed. He attended Ighogbadu Primary School and Nana College (secondary school), both in his hometown of Warri, Delta state.

Gordons Comedian net worth is $2 million

While growing up life was a hell in a bend for Gordons, and according to him, he used to “go to school on bare foot”. Despite his poor background, Gordons still maintained a positive outlook and soon after he began taking his classmates on tutorials which he was paid for.

Read I Go Dye net worth

At the age of 13,Gordons was left with the responsibility of looking after is family after his father lost his job. He began juggling school with music, as he was discovered by D.C Envoy Gospel Comedy Group. Gordons succeeded in obtaining a degree in Integrated Science in Delta State University in Abraka , after so many obstacles he had to overcome.

Before delving into comedy, Gordons initial wanted to be a pastor, he even went as far as opening his own church but he couldn’t find his feet before he turned to comedy which became a sturdy changer to him. Little wonder then that he often says “hallelujah” in his comedy.

Like it is often said “destiny can only be delayed and not denied”, Gordons in this case did not allow his background to  deter him from achieving greatness and today he is one of the best stand up comedians in the industry. For you to acquire his services, you have to be ready to spend big to do so.

Gordons Comedian net worth is $2 million

Gordons is not just a stand up comedian, he is also an MC who has anchored many events, he has featured on one of the popular comedy shows, AY Live, including “nite of a Thousand laughs” which he at some point single handedly sponsored.

Gordons also has his own show called “Gordons Comedy Clinic”which has been making a lot of sales since its released. The comedy icon believes that for every success, there must be a humility and also according to him “the way up is down”, which means that for you to get to the top you have to start from the bottom.

Gordons is married to his wife  who is fondly called Oyibo in Delta state. BOTH of them met each other during their university days and were also in the same department. After school they tied the knot in 2002 and since then they have been inseparable.

Gordons is a truth example of someone who moved from “grass to grace”today he is one of the most influential and wealthy comedians in Nigeria and Africa. He currently has a net worth of $2 million.