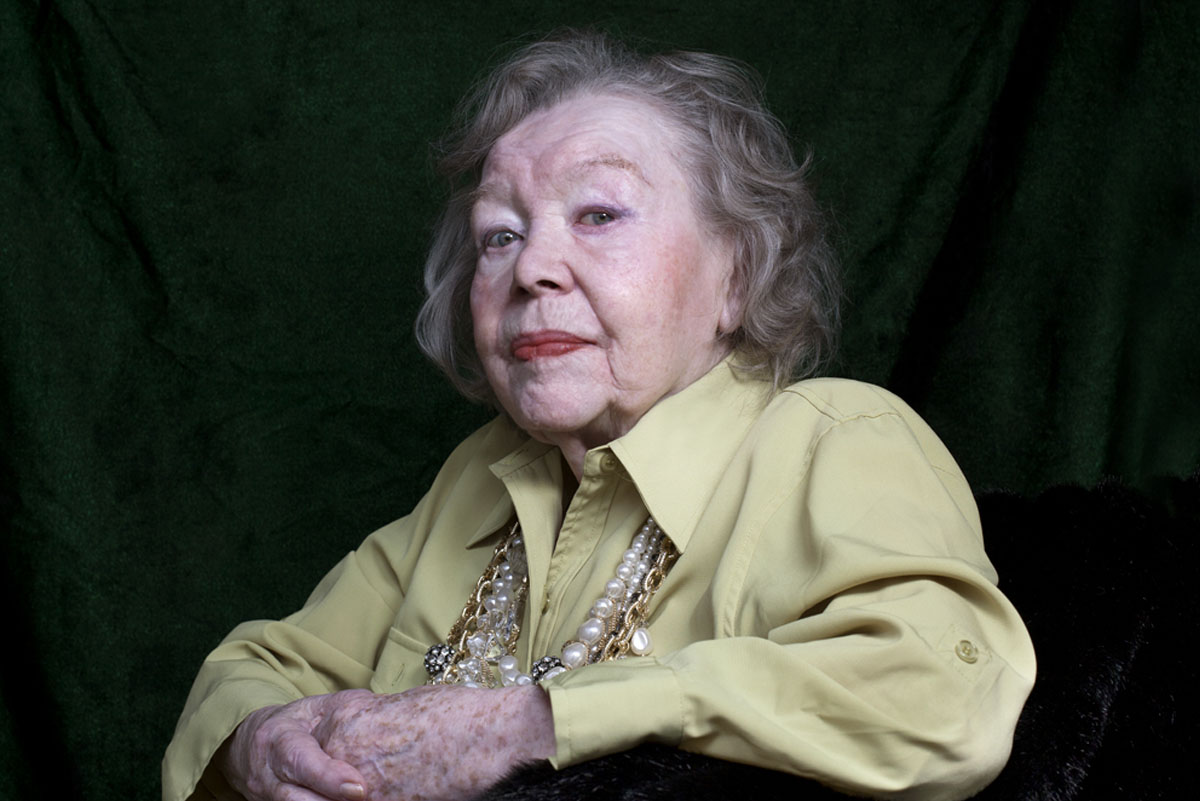 Glynis Johns was born on 5th October 1923 in Pretoria, South Africa, while her parents were on tour, she is best known for creating the role of Desiree Armfeldt in A Little Night Music on Broadway, for which she won a Tony Award, and for playing Winifred Banks in Walt Disney’s musical motion picture Mary Poppins. In both roles she sang songs written specifically for her, including “Send In the Clowns”, composed by Stephen Sondheim, and “Sister Suffragette”, written by the Sherman Brothers.

She was nominated for the Academy Award for Best Supporting Actress for her work in the 1960 film The Sundowners and, upon the death of Olivia de Havilland in 2020, became the oldest living Academy Award nominee in an acting category. She is one of the last surviving stars from the Golden Age of Hollywood cinema. She is known for the breathy quality of her husky voice and her upbeat persona.

Johns made her first stage appearance in Buckie’s Bears as a child ballerina at the Garrick Theatre in 1935. She later became a qualified ballet teacher. She was spotted dancing in a children’s play during the Christmas holidays and cast in her first notable stage production, St Helena, at the Old Vic in 1936. That year she was also in productions of The Children’s Hour and The Melody That Got Lost. She followed this with Judgement Day (1937) and A Kiss for Cinderella (1937)

Johns played the title role in Miranda (1948), a mermaid who causes havoc in a London household, directed by Ken Annakin.

Johns supported Richard Todd in Flesh and Blood (1951) and also appeared in the Hollywood-financed No Highway in the Sky (1951). She co-starred with David Niven in Appointment with Venus (1951) for director Ralph Thomas and was one of several names in Encore (1951) and The Magic Box (1951).

Johns was one of Alec Guinness’ love interests in The Card (1952). On Broadway she played the title role in Gertie. She was voted by British exhibitors the tenth most popular local star at the box office in 1951 and 1952.

She was reunited with Richard Todd for two swashbucklers made for Walt Disney: The Sword and the Rose (1953) (directed by Annakin) and Rob Roy, the Highland Rogue (1953). In between she made Personal Affair (1953) supporting Gene Tierney.

Johns had the starring role in The Weak and the Wicked (1954) about women in prison, which was a big hit.

She did another for Annakin, The Seekers (1954) with Jack Hawkins, then co-starred with Robert Newton in The Beachcomber (1954). For both these films she was paid £12,500 a picture.

Mad About Men (1954) was a sequel to Miranda, directed by Thomas.

She returned to Broadway to play the title role in a production of Major Barbara (1956). Johns stayed in America to make the melodrama All Mine to Give (1956).

She was married to David Foster, a Royal Navy officer and later president of Colgate-Palmolive. She married Cecil Henderson, a businessman, in 1960. She married Elliott Arnold, a writer, in 1964