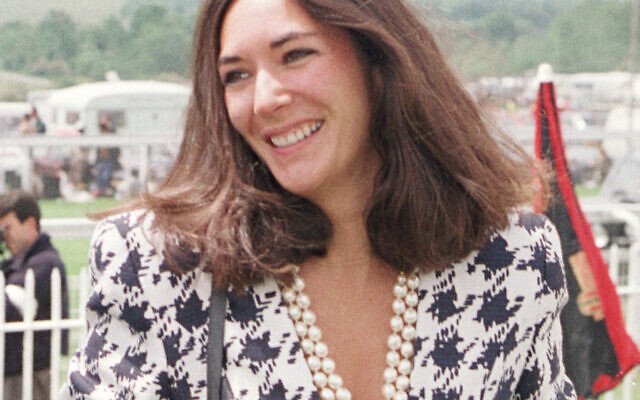 Ghislaine Maxwell net worth : Ghislaine Maxwell was born in 1961, in Maisons-Laffitte, France, the ninth and youngest child of Elisabeth, a French-born scholar, and Robert Maxwell, a Czechoslovak-born British media proprietor. Her father was from a Jewish family, whereas her mother was of Huguenot (French) descent.

Throughout childhood, Ghislaine resided with her family in Oxford at Headington Hill Hall, a 53-room mansion, where the offices of Pergamon Press, a publishing company run by Robert Maxwell, were also located. Her mother said all her children were brought up as Anglicans. Maxwell attended Marlborough College, and Balliol College, Oxford.

Maxwell was a prominent member of the London social scene in the 1980s. She founded a women’s club named after the original Kit-Cat Club and was a director of Oxford United Football Club during her father’s ownership.

She also worked at The European, a publication Robert Maxwell had started. According to Tom Bower, writing for The Sunday Times, in 1986 Robert invited her to the christening in her honour of his new yacht the Lady Ghislaine, at a shipyard in the Netherlands.

Maxwell spent a large amount of time in the late 1980s aboard the yacht, which was equipped with a Jacuzzi, sauna, gym, and disco. The Scotsman said Robert Maxwell had also “tailor-made a New York company for her”. The company, which dealt in corporate gifts, was not profitable.

After Maxwell’s father purchased the New York Daily News in January 1991, he sent her to New York City to act as his emissary. In May 1991, Maxwell and her father took Concorde on business to New York, where he quickly departed for Moscow and left her to represent his interests at an event honouring Simon Wiesenthal.

Maxwell moved to the United States in 1991, just after her father’s death

Accounts differ on when Maxwell first met American financier Jeffrey Epstein. According to Epstein’s former business partner, Steven Hoffenberg, Robert Maxwell introduced his daughter to Epstein in the late 1980s. The Times reported that Maxwell met Epstein in the early 1990s at a New York party following “a difficult break-up with Count Gianfranco Cicogna Mozzoni” (1962–2012) of the CIGA Hotels clan.

Maxwell had a romantic relationship with Epstein for several years in the early 1990s and remained closely associated with him for decades. The nature of their relationship remains unclear. In a 2009 deposition, several of Epstein’s household employees testified that Epstein referred to her as his “main girlfriend” who also hired, fired, and supervised his staff, starting around 1992.

According to Celebritynetworth, Ghislaine Maxwell net worth is $20 million.

Maxwell’s townhouse was purchased for US$4.95 million by an anonymous limited liability company, with an address that matches the office of J. Epstein & Co. Representing the buyer was Darren Indyke, Epstein’s longtime lawyer. In April 2016, the New York townhouse where she had lived was sold for US$15 million.

Kamalpreet Kaur Net worth and Biography