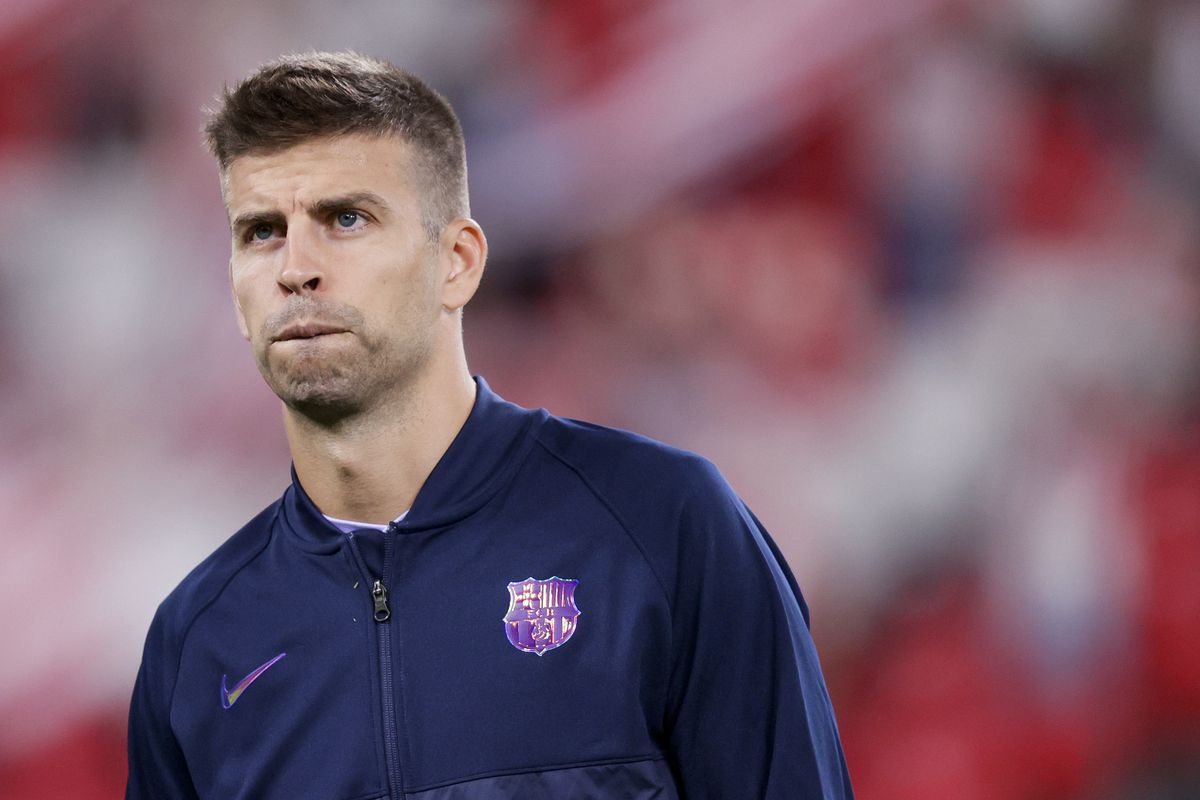 Gerard Pique is a former Spanish towering central defender who played for the Spain national team and for Barcelona FC. A great defence leader, Pique is known for his aerial ability, owing to his height. He also has a high technical ability, stamina and passing ability which makes him one of the best defenders of his generation.

Gerard Pique net worth 2023 makes him one of the richest footballers.

Richest Football Players in the world

Richest Football Clubs in the world

Pique is one of the four players to have won the UEFA Champions League in two consecutive years with different teams. Being a husband to one of the legendary female musician Shakira, his net worth, career and achievements are what we are going to consider in this article.

Gerard Pique Bernabeu popularly known as Pique, was born on February 2,1987 in Barcelona, Spain. His mother Joan Pique was a director of a prominent spinal injuries specialist hospital in Barcelona while his father Montserrat Bernabeu was a business owner.

His interest in football began manifesting at an early age which prompted his parents to register him in the youth ranks of Barcelona in 1997 at the age of ten. He progressed through the various youth levels of Barcelona FC, with his defensive and goal scoring ability winning the admiration of his coaches and peers.

Pique later left Barcelona to join the youth ranks of Manchester United on 2003. He was given his debut in the club’s first team in 2004 when he came on as a Centre back replacement for the then injured John O’Shea during a Carling Cup match against Crewe Alexandra.

Gerard Pique’s English Premier League debut came in 2006 where he started at right back, replacing first team right back Gary Neville who was sidelined as a result of injury.

In 2007,Pique was loaned to Real Zaragoza to continue in his development as there was a lot of competition in his position. He ended up playing a total of 22 matches for the LA Liga side after which he returned to Manchester United where he featured briefly for the club during their Champions League clash with Dynamo Kiev which they won by 4 goal margin with Gerard Pique getting on the score sheet.

He later sealed a permanent move to his boyhood club FC Barcelona in 2008 on a four year deal with a buyout clause of €5 million attached to the deal.

In his debut season at the Barcelona, the Spaniard played a total of 45 games, scoring three goals and also establishing himself as a first choice Centre back.

During the 2009 FIFA Club World Cup which Barcelona defeated Argentine Club Estudiantes to claim the trophy, Gerard Pique played a key role in the victory as he assisted one of the equalizing goal which was scored by Pedro Rodriguez to take the match to extra time.

As the seasons passed by, Gerard Pique kept improving tremendously as a Centre back and soon established himself to be one of the best Centre backs in LA Liga. He also helped the Catalans to win the 2011 Champions League Title after defeating Manchester United 3:1.

He has continued to prove himself as an integral part of the team and has helped the Club to win several LA Liga titles and other domestic titles. So far he has made a total of 374 matches for Barcelona and scoring a total of 29 goals.

Gerard Pique made his international debut for the Spain national team in 2009, partnering with Carles Puyol. The partnership contributed to the solidity of Spain defense and during the 2010 FIFA World Cup which was held in South Africa, their partnership led to Spain conceding only two goals in the competition and then went on to win the FIFA World Cup.

Pique was also pert of the squad that won the 2012 UEFA European Championship. He is so far one of the longest serving players in the Spain squad with over 100 caps for the Spain national team.

Piqué with the Henri Delaunay Trophy in 2012

La Liga Team of the Season

UEFA Team of the Year

ESM Team of the Year

Footballer of the Year in Catalonia

Gold Medal of the Royal Order of Sporting Merit

For someone who has been consistent in terms of performance for FC Barcelona, for many years, Gerard Pique has been given an overall rating by in FIFA 21 of 83.

He has an 88% marking ability, 84% slide tackle and 84% header which allows him to win aerial duels with ease.

Gerard Pique is a proud husband to one of the greatest female musicians Shakira. The couple met in 2010 during the 2010 FIFA World Cup in South Africa. They tied the knot in 2011 and since then they have been together. Their marriage has been blessed with two beautiful children.

Gerard Pique net worth 2023 is estimated at $40 million. Outside football, Gerard Pique also owns other businesses. He is the CEO and founder of a sports and media investment group called Kosmos Holding.

Gerard Pique net worth is sourced mainly through his football earnings. He currently earns earn an annual salary of €19 million after taking a 50% paycut which saw his annual salary slashed from €38 million to €19 million in order for the club to register three of their new signings.

Thanks for reading about Gerard Pique net worth, salary, family and more. Leave your reply in the comments below