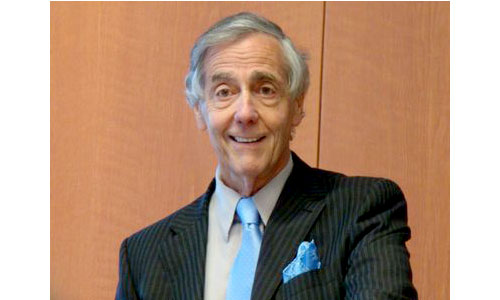 George Kaiser net worth 2023: George Bruce Kaiser is an American billionaire businessman. He is the chairman of BOK Financial Corporation in Tulsa, Oklahoma. He is one of the top 50 American philanthropists

George Kaiser net worth and Biography

As of 2023, George Kaiser net worth is valued at $10 billion. Kaiser typically works 70 hours a week in his office, spending half his time on philanthropy and the rest on banking, energy and other business interests

Kaiser was born on July 29, 1942, in Tulsa, Oklahoma. He attended Central High School in Tulsa. He earned a BA from Harvard College in 1964 and an MBA from the Harvard Business School in 1966.

He briefly considered joining the U.S. Foreign Service, but instead returned to Tulsa in 1966 to work for his father. Kaiser-Francis Oil Co. was created in the 1940s by Kaiser’s uncle and parents, Jewish refugees from Nazi Germany who settled in Oklahoma.

George’s father, Herman George Kaiser, had been an attorney in the district of the Kammergericht in Berlin until 1933, when he was dismissed by the Nazis because he was Jewish. He and his wife Kate then moved to Rostock where Herman Kaiser worked with his father-in-law Max Samuel’s EMSA-Werke company.

Herman Kaiser escaped to England in 1937 and his wife and daughter came over in September the following year. In 1940 all three emigrated to the United States. They settled in Tulsa, where Herman’s aunt and uncle already lived. Herman joined the uncle’s oil drilling business.

Kaiser took control of Kaiser-Francis Oil Company in 1969, after his father had a heart attack. Kaiser-Francis was a little-known, privately owned oil prospecting and drilling company at the time. Under George’s management, it became the 23rd largest nonpublic energy exploration company in the U.S. by 2010. In that year the company earned about $217 million, based on estimates by Bloomberg News.

In 1990, Kaiser bought Bank of Oklahoma out of Federal Deposit Insurance Corporation receivership. Despite BOK’s depressed state, it was rich enough to land Kaiser on the Forbes 400 at one stroke. He has since expanded BOK from a 20-branch company located solely in Oklahoma into a $23.9 billion bank with operations in nine states. He owns 61.5 percent of BOK.