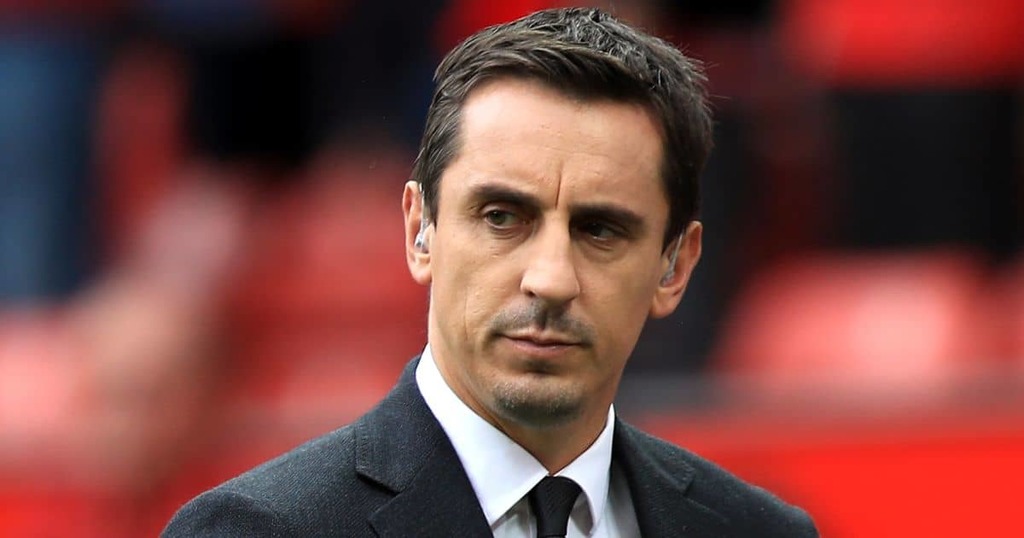 What is Gary Neville net worth?

Nevile was born 18 February 1975 in Bury, England. Neville is the older brother of twin siblings: his brother, Phil Neville, is a former Manchester United and Everton player, and his sister, Tracey Neville, is a retired netball international.

Neville’s father, Neville Neville, was a former league cricketer. His mother Jill used to play netball in the local leagues, and is general manager and club secretary for Football League club Bury.

Neville joined Manchester United as an apprentice upon leaving school in 1991, and captained the youth side to FA Youth Cup glory in his first season. He made his senior debut for United in September 1992.

Neville emerged as part of Alex Ferguson’s youth-oriented side of the 1990s that included his brother Phil, Ryan Giggs, David Beckham, Nicky Butt and Paul Scholes.

As a player, Neville played as a right-back and spent his entire playing career with Manchester United, making him a one-club man.

At the time of his retirement in 2011, he was the second-longest-serving player at the club behind long-time teammate Ryan Giggs, and had served as club captain for five years. He is one of the most decorated English and European footballers of all time, having won a total of 20 trophies, including eight Premier League titles and two Champions League titles.

Neville made his international debut in 1995 and was first-choice right-back for England for more than 10 years, representing the nation at three European Championships and two World Cups. He is England’s most-capped right-back with 85 caps.

Neville, who holds UEFA Pro Coaching Licences, was appointed to the England senior team coaching staff for a four-year contract. This saw him on the coaching team for Euro 2012. Neville continued to work as assistant manager of England through the 2014 World Cup and subsequent Euro 2016 qualifying campaign.

Neville was appointed as head coach at Valencia in Spain on 2 December 2015. Neville’s brother Phil had previously been caretaker manager and continued to work with his brother at the club.

Neville failed to impress as manager of Valencia. He recorded nine consecutive losses as manager of the club. He won only three matches as head coach. He was sacked in 2016 by the club.

Neville, along with fellow Manchester United legends Ryan Giggs, Paul Scholes, Nicky Butt and Phil Neville, had agreed to a deal to purchase Salford City ahead of the 2014–15 season.

On 22 September, the group agreed to sell a 50% stake in the club to billionaire Peter Lim. Salford obtained promotion in their first season, as documented in the Class of 92 television programme for the BBC.

Gary Nevile net worth is $80 million. Neville continues to make money as a TV pundit and also has a number of business interests outside of football. For his punditry pay packet, the Daily Express reports that Neville earns over £1 million ($1.4m) a year for his work with Sky Sports, which includes contributing analysis and commentary.

What Businesses does Gary Nevile have?

In 2013, Neville and Ryan Giggs launched a hospitality company named GG Hospitality, with plans to build football-themed hotels and cafés around the United Kingdom, initially in Manchester and London.

Giggs and Neville bought the 1906-built Northern Stock Exchange Building for £1.5 million in 2013

He also made 85 for the England senior national team.

In July 2009, he was awarded an honorary degree from the University of Bolton for his outstanding contributions to football.

Gary was the best English right-back of his generation.”