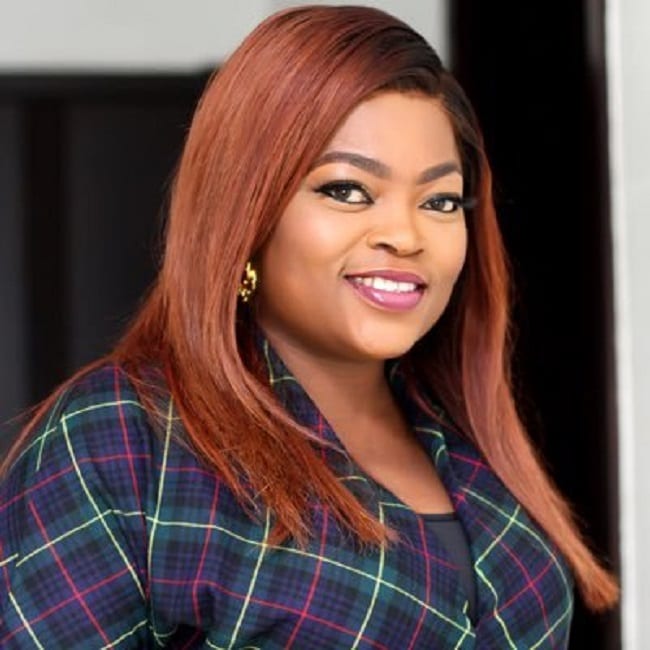 What is Funke Akindele net worth ?

Akindele Olufunke Ayotunde  popularly known as Funke Akindele is a Nigerian actress and producer. She is the CEO of Scene One Film Production. Find out how much the talented actress is worth.

Akindele was born on August 24, 1977, in Ikorodu, Lagos State, Nigeria. She is the second of three children. Akindele’s mother is a Medical Doctor while her father is a retired School Principal. Funke holds Ordinary National Diploma (OND) in Mass Communication from the former Ogun State Polytechnic.

Akindele came into the limelight after starring in popular United Nations Population Fund (UNFPA)-sponsored sitcom I Need to Know, from 1998 to 2002. She has established herself as one of the best actresses in Nigeria. She has played lead roles in both Yoruba and English movies. Her biggest break through was in a movie Janifa which she starred in 2008.

She has also produced and starred as the lead actor in the award winning Janifa’s diary.

As of 2020, the talented actress and producer is worth $3.5 million. She is one of the richest actresses in Nigeria.

Funke Akindele has endorsement deals such as her being signed as an Ambassador to Irokotv.

Also in 2018, she was signed as brand ambassador for Keystone Bank.  In November 2019, she signed an endorsement deal with Waw Nigeria, a company that manufactures detergent and bar soaps.

Funke Akindele runs a non-governmental organisation known as the Jenifa Foundation, which aims at providing young people with vocational skills