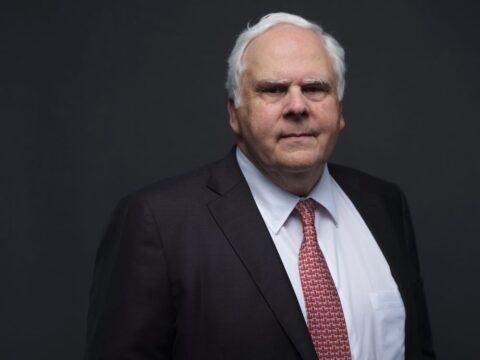 Frederick Smith Net Worth 2023: Frederick Wallace Smith is an American business magnate and investor. He is the founder, chairman and CEO of FedEx Corporation, the world’s largest transportation company.

What is Frederick Smith net worth?

Frederick Smith net worth 2023: Frederick Wallace Smith is the founder, chairman, and CEO of FedEx. The company is headquartered in Smith’s hometown of Memphis, Tennessee.

Frederick Smith was born in Marks, Mississippi. He attended elementary school at Presbyterian Day School in Memphis and high school at Memphis University School and became an amateur pilot as a teen. In 1962, Smith entered Yale University. He received his bachelor’s degree in economics in 1966.

After graduation, Smith was commissioned in the U.S. Marine Corps, serving for three years (from 1966 to 1969) as a platoon leader and a forward air controller (FAC), flying in the back seat of the OV-10.

In 1970, Smith purchased the controlling interest in an aircraft maintenance company, Ark Aviation Sales, and by 1971 turned its focus to trading used jets.

On June 18, 1971, Smith founded Federal Express with his $4 million inheritance and raised $91 million in venture capital.

In the early days of FedEx, Smith had to go to great lengths to keep the company afloat. In one instance, after a crucial business loan was denied, he took the company’s last $5,000 to Las Vegas and won $27,000 gambling on blackjack to cover the company’s $24,000 fuel bill. It kept FedEx alive for one more week.

Frederick Smith net worth is $7 billion according to Forbes. He owns several other businesses including;

Smith is also a minority owner of the Washington Football Team of the National Football League (NFL).  He Smith also owns or co-owns several other entertainment companies, such as Alcon Entertainment.

In his college years, he was a friend and DKE fraternity brother of future U.S. president George W. Bush. Smith was also friends with future U.S. Senator and Secretary of State John Kerry; the two shared an enthusiasm for aviation and were flying partners.