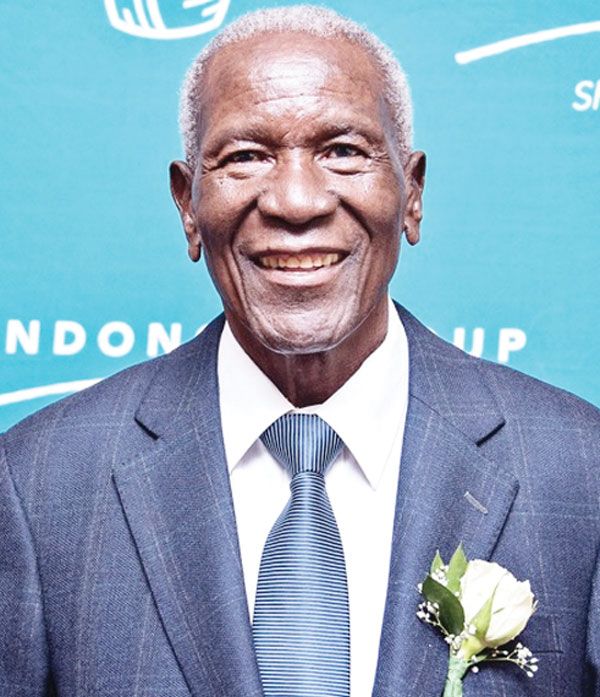 Indongo was born on 15th January, 1936. He is the father-in-law of prominent lawyer Sisa Namandje and prominent banker Wosman Hamukonda.

He is third on the list of Namibia’s top ten richest people, behind the Pupkewitz and Olthaver & List families.

Indongo opened his first business, which made bricks, in the late 1950s. With the profits from that business, he bought sewing equipment for cloth making, which he sold in Oranjemund.

In 1961, he opened a small shop in Omusimboti, Oshana which eventually allowed him to open a chain of supermarkets across the country.

Indongo owns a large number of properties across Namibia, including prominent locations in Swakopmund, Tsumeb, Walvis Bay, Otjiwarongo and Windhoek as well as holdings in the sugar and fishing industries. He is a very well known successful entrepreneur

Frans entered politics in the 1970s as a leading member of the National Democratic Party, which became part of the Democratic Turnhalle Alliance following the completion of the Turnhalle Constitutional Conference in 1977.

At the Turnhalle Conference, Indongo was an important member of the Ovamboland delegation. He was Minister of Economic Affairs in the Owambo legislative assembly from 1975 and from 1980 a Minister in the Owambo Second Tier Representative Authority.

In 1982, he was a founding member of the Christian Democratic Action for Social Justice, led by Peter Kalangula. He resigned from politics in the late 1980s to manage his business affairs.

As of 2023, Frans Indongo net worth is $1.3 billion. He is one of the richest people in the nation of Namibia. He has contribiuted a lot to the growth of the Namibian Economy.

Indongo received an honorary doctorate in business administration from the University of Namibia. In 2003, a street was named after him in downtown Windhoek. Indongo owns Etango Complex in Oshakati, one of the highest standard buildings in northern Namibia.