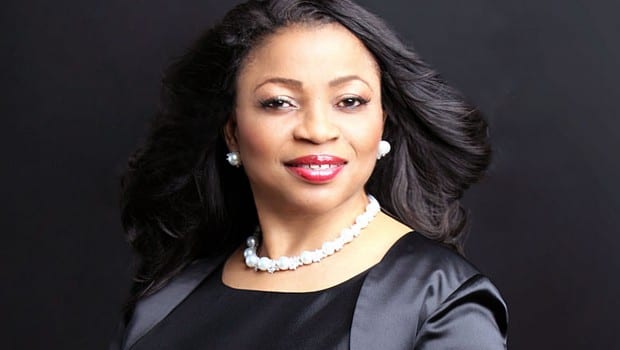 We bring to you Folorunso Alakija net worth 2021.

Folorunso Alakija is a Nigerian billionaire businesswoman. She is involved in the fashion, oil, real estate, and printing industries. She is the group managing director of The Rose of Sharon Group which consists of The Rose of Sharon Prints & Promotions Limited, Digital Reality Prints Limited, and the executive vice-chairman of Famfa Oil Limited. Folorunso Alakija net worth 2021is $1 billion.

Folorunsho was born on 15 July 1951 to the family of Chief L. A. Ogbara in Ikorodu, Lagos State. She attended her Nursery education at Our Ladies of Apostles, Lagos from 1955–1958.

At age seven, she traveled to the United Kingdom to continue her primary education at Dinorben School for Girls in Hafodunos Hall in Llangernyw, Wales between 1959–1963.

On completion of her primary education, she attended “Muslim High School” in Sagamu, Ogun State, Nigeria. She then returned to England for her secretarial studies at Pitman’s Central College, London.

Alakija started her career in 1974 as an executive secretary at Sijuade Enterprises, Lagos, Nigeria. She moved to the former First National Bank of Chicago, which later became FinBank where she worked for some years before establishing a tailoring company called Supreme Stitches.

Within a few years, as Rose of Sharon House of Fashion, it became a household name. As national president and lifelong trustee of the Fashion Designers Association of Nigeria (FADAN), she left an indelible mark, promoting Nigerian culture through fashion and style.

In May 1993, Alakija applied for the allocation of an oil prospecting license (OPL). The license to explore for oil on a 617,000-acre block—now referred to as OPL 216—was granted to Alakija’s company, Famfa Limited.

In September 1996, she entered into a joint venture agreement with Star Deep Water Petroleum Limited (a wholly-owned subsidiary of Texaco) and appointed the company as a technical adviser for the exploration of the license, transferring 40 percent of her 100 percent stake to Star Deep.

She is worth $ 1 billion According to Forbes. She is the richest woman in Africa.