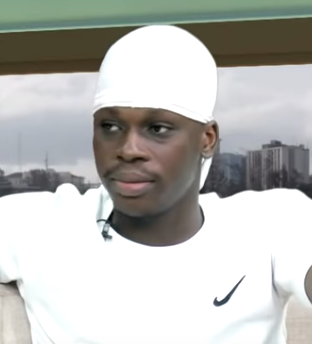 What is Fireboy net worth?

Fireboy is a Nigerian singer and songwriter. He was shot to fame by the single “Jealous”. Fireboy is currently signed to YBNL Nation.

Fireboy DML comes up often in conversations about Nigeria’s next music stars. Despite only emerging into the limelight not long ago, he has proven remarkably adept at milking his relationship experiences for songs his fans can relate to.

The talented musician born Adedamola Adefolahan is from Abeokuta, the state capital of Ogun State in southwest Nigeria.

Fireboy music career began while he was studying at the  Obafemi Awolowo University.

His breakthrough single “Jealous” first appeared on YBNL Nation’s collaborative album YBNL Mafia Family (2018), before being re-released on 25 March 2019. The song received numerous plays on all platforms in and outside of Nigeria.

Fireboy DML also released the romantic single “What If I Say”. He  released his debut studio album Laughter, Tears and Goosebumps on 29 November 2019.

LTG comprises 13 tracks and doesn’t feature any guest artist; it amassed over 6 million streams on Spotify three days after its release. It received generally positive reviews from music critics.

The album  was supported by the previously released singles “Jealous”, “What If I Say” and “King”.

He won Listener’s Choice and was nominated for Song of the Year for “Jealous” at the 2020 Soundcity MVP Awards Festival.