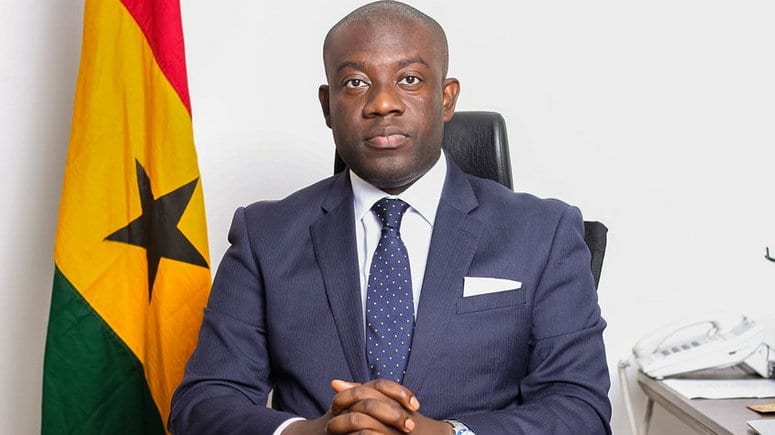 Kojo Oppong Nkrumah is the current Minister of information in Ghana. He has become an instrument in the country through his efforts and a keen interest in the fight against the Coronavirus(Covid-19). Apart from being a Minister how well do you know him? Read on as we unveil to you some amazing facts about Kojo Oppong Nkrumah to you.

He studied Commerce as His first Degree

Oppong Nkrumah studied Commerce at the University of Cape Coast before he proceeded to the University of Ghana where he had his MBA in marketing in 2012. He also holds a certificate in stimulating growth from the Harvard University.

He is a Lawyer

Another interesting fact about Kojo Oppong Nkrumah many people may not be aware of is that he is a Lawyer. He was awarded a bachelor’s degree in law (LLB) at the Ghana Institute of Management and Public Administration (GIMPA) in 2014. He was called to the Bar as a Barrister and Solicitor of the Supreme Court of Ghana in 2016.

He was a Treasury Analyst

Oppong Nkrumah started his career as a Treasury analyst at the British American Tobacco in 2006. A cigarette and tobacco manufacturing company headquartered in London England. It is the second-largest Cigarette maker in the world.

He worked as a Broadcast Journalist.

Mr. Nkrumah can best be described as a man of many talents. Though he didn’t study Journalism in School, he was able to carve out a niche in journalism by becoming a broadcast journalist at Joy Fm. He replaced komla Dumor as the host of the super morning show. He also anchored one of the most popular newspaper review programs in Ghana ‘’Newsfile’’ before bowing out to Pursue politics.

He was selected by the World Economic Forum as a Young Global Leader for 2020. He was part of about 115 leaders the forum describes as most promising leaders under the age of 40.

2 strong pillars in our covid 19 response program in ofoase/Ayirebi are Obrempon Dubi Nti (Ofoasehene) and DCE Paul Asamoah. Their dedication and commitment to the cause is immeasurable. Our health workers who I’ll be celebrating in coming days have also been just phenomenal. pic.twitter.com/fo3GNVA3cY