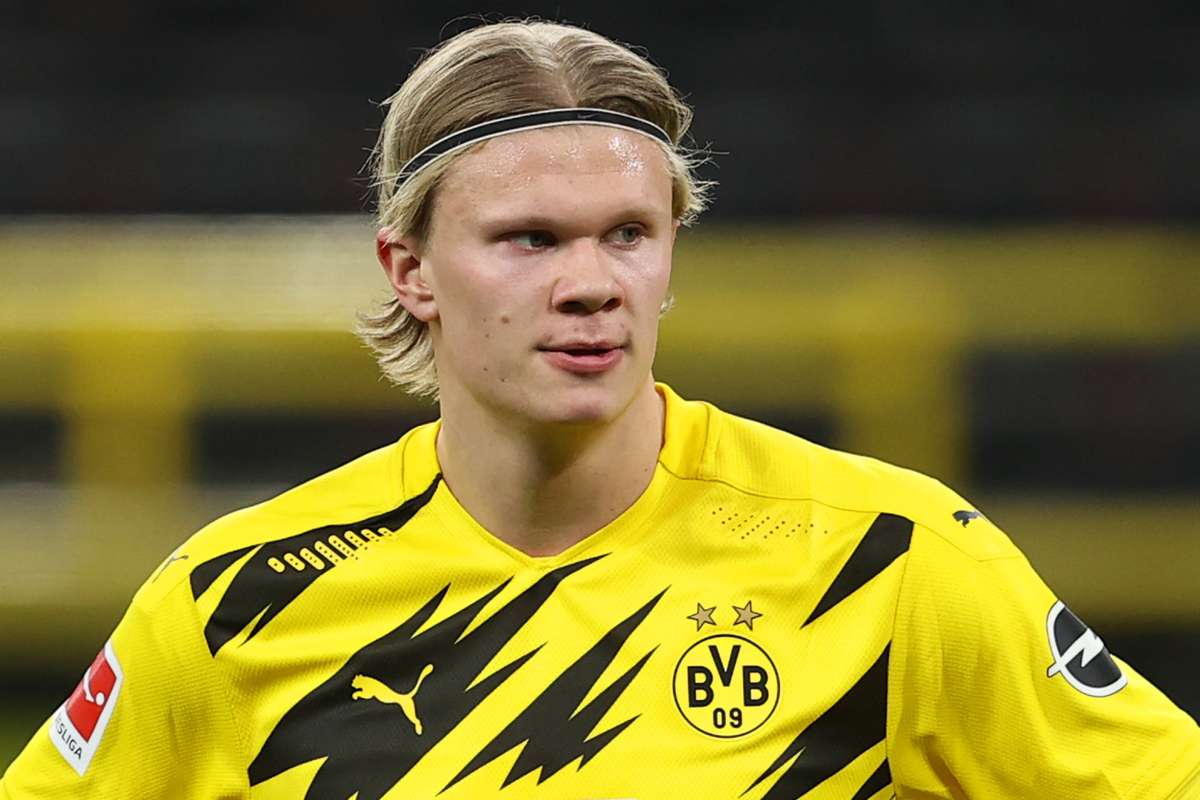 Erling Haaland net worth 2023: Erling Braut Haaland is a Norwegian professional footballer who has a net worth of $120 million. He currently plays as a striker for Manchester City and the Norway national team.

Haaland was born on 21 July 2000 in Leeds, England, as his father Alf-Inge Håland was playing for Leeds United in the Premier League at the time. In 2004, at the age of three, he moved to Bryne, his parents’ hometown in Norway. Along with playing football from an early age, Haaland partook in various other sports as a child, including handball, golf, and track and field.

He also allegedly achieved a world record in his age category for the standing long jump when he was five, with a recorded distance of 1.63 metres in 2006.

Haaland started in the academy of his hometown club Bryne FK at the age of five.

In May 2016, Gaute Larsen was sacked as Bryne manager and youth coach Berntsen was promoted to caretaker boss. Having worked closely with Haaland in other youth teams, the interim manager handed the teenager his first start, three months before his sixteenth birthday. His debut was a second-tier 1. divisjon match against Ranheim on 12 May 2016.

After having initially being deployed as a winger, Berntsen put Haaland in his favoured central role as a striker after a few matches. Although he failed to score in his breakthrough season at Bryne, Haaland was offered a trial by German club 1899 Hoffenheim before eventually moving to Molde FK to play under Ole Gunnar Solskjær. Haaland made sixteen total senior appearances for Bryne.

In 2017, Molde announced the signing of 16-year-old Haaland. He made his debut for the club on 26 April 2017 in a Norwegian Cup match against Volda TI.

In 2018, Austrian Bundesliga champions Red Bull Salzburg announced that Haaland would join the club on 1 January 2019, signing a five-year contract. The Athletic‘s Phil Hay would later reveal that prior to his move to Salzburg, Haaland was also subject of an offer from his father’s former club Leeds United.

Despite being a reported target of Manchester United and Juventus, German Bundesliga club Borussia Dortmund confirmed the signing of Haaland on 29 December 2019, three days before the winter transfer window opened, for a fee reported to be in the region of €20 million, signing a four-and-a-half-year contract.

Haaland made his debut for Dortmund away at FC Augsburg on 18 January 2020, coming on as a second-half substitute and scoring a hat-trick within 23 minutes of a 5–3 win.

This made him only the second player in Dortmund history after Pierre-Emerick Aubameyang to score three goals on their Bundesliga debut.

With only fourteen matches played, this made him both the fastest and youngest player to reach twenty goals in the competition, also becoming the first person to score multiple times in four consecutive UEFA Champions League appearances.

On 10 May 2022, Premier League club Manchester City announced they had reached a deal to sign Haaland after activating his €60 million (£51.2 million) release clause. The deal was formalized on 13 June, with City announcing that Haaland would be joining the club on 1 July on a five-year contract

He made his competitive debut on 30 July, playing 90 minutes in a 3–1 defeat to Liverpool in the 2022 FA Community Shield.

On 2 October, Haaland became the first player in Premier League history to score a hat-trick in three successive home games in City’s 6–3 win against Manchester United, in which he also got two assists.

On January 22, 2023, Haaland acquired a hat-trick against Wolves, giving him a total of 25 goals, thus surpassing the top goal scorers of the previous season, Mohamed Salah and Son Heung-min, who both scored 23 goals respectively.

Although also eligible to play for the England national team, as it was his birth country, Haaland chose to play for Norway, and represented them at various age groups. On 27 March 2018, while with the Norway under-19 side, Haaland scored a hat-trick against Scotland in a 5–4 victory, helping his country secure qualification to the 2018 UEFA European Under-19 Championship. On 22 July 2018, Haaland scored a penalty against Italy in a 1–1 draw during the 2018 tournament finals.

Haaland has stated he enjoys meditation. After scoring his second goal in Dortmund’s first leg Champions League match against Paris Saint-Germain in February 2020, he celebrated by mimicking a “zen” pose in reference to his meditative practice.

Erling Haaland net worth: Erling Braut Haaland is a Norwegian professional footballer who has a net worth of $120 million. As per the Sun, they report Haaland is paid £865,000 a week in wages

Who is highest paid player in Man City?

Erling Haaland is the highest-paid footballer in Manchester City. He takes weekly wage of £865,000

How much is Haaland earning per week?

Erling Haaland (Manchester City) – £865,000 per week. Those bonuses make him the highest-paid player in the Premier League and the third-highest in the world. If he continues to score at this rate, he could even earn far more with his next contract.