Emmanuel Makandiwa Net worth and Biography 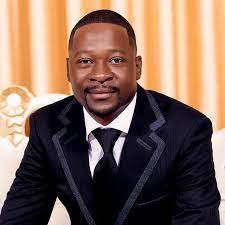 Emmanuel Makandiwa Net worth : Among the most influential and wealthiest men in Zimbabwe, pastors are not left out of the list. One of these men of God who has made it to the list is Prophet  Emmanuel Makandiwa. Born and raised in a Religious home, Emmanuel Makandiwa who was his father right hand man, followed in the footsteps of his parents who were both pastors who had opened their own church.

Emmanuel Makandiwa net worth is net worth $150 million. He is currently the richest pastor in Zimbabwe. You will be thrilled to discover more thrilling facts about the life of the amazing man of God who has done so much for himself over the years.

Emanuel Makandiwa was born on December 25, 1977 in Chitungwiza, Zimbabwe. His father was a farmer who was into cotton farming and other crops. As the eldest son of his father, Emmanuel Makandiwa joined his father at the farm and learned how to farm from his father.

Apart from farming, Makandiwa’s parents were devout Christians who had opened their own church and also partnered with late Evangelist P. D. Chiweshe on finances. They used to host several crusades in Muzarabani. Seeing the passion his parents had in the ministry, Emmanuel Makandiwa started developing the love FOR God and wanted be follow in his parents footsteps.

Emmanuel later attended Theological Seminary where he studied Theology and kater graduated in 2002 with a Diploma in Theology.

Following his graduation from Theology school, Makandiwa was sent by the pastoral board of Apostolic Faith Mission to Matebeleland where he served in the capacity of an assistant pastor before being given the opportunity to pastor an assembly in Shangani. In 2004, he was transferred to How Mine Assembly and later Chitungwiza.

Makandiwa’s unique method of preaching drew many people to the church from various parts of Chitungwiza and Harare. He later established his own non-denominational ministry which he named United Family Inter-denominational Ministries. He progressed from hosting lunch-hour meetings to mid-week services.

The first meeting held at Anglican Cathedral in Harare CBD by Emmanuel Makandiwa’s ministry, welcome an overwhelming attendance. The crowd was huge that there was an overflow. As members kept increasing, meetings were later moved to State Lottery Hall but still didn’t remedy the situation as the numbers kept on increasing. The increase was so overwhelming that there was always an overflow.

Due the amazing number of members that joined his Inter-denominational ministry, he was given an Ultimatum by his former denomination to close his own ministry or stand a chance of losing his position in the church. He was determined to keep his Inter-denominational ministry, as such he decided to leave and focus his ever-growing ministry which saw tens of thousand of members flock in every Sunday.

Makandiwa’s owned United Family International Church has branches in almost every province in Zimbabwe and it officially opened its first international branch in South Africa in 2014.

Emmanuel Makandiwa got married to his lovely wife Ruth Makawao. Ruth has since been his partner in ministry and the co-founder of UFIC.

Emmanuel Makandiva’s prophetic ministry produced many local and international prophecies, and in all of the prophecies, although most people claim he is a false prophet, it all happened as he said.

Christ TV is also the official broadcaster of U.F.I.C and it has broadcast all the major events in Emmanuel and Ruth Makandiwa’s international ministry.

Currently the richest pastor in Zimbabwe, Emmanuel Makandiwa who  has done well for himself as he is believed to own shares in Blu-chip companies, as well as prime real estates in Harare, has a mouth watering Net Worth of $150 million.

Ezekiel Guti Net Worth and Biography

Philip Mataranyika Net worth and Biography