HomeSocial and LifestyleElon Musk sells $1bn in Tesla stock – should... 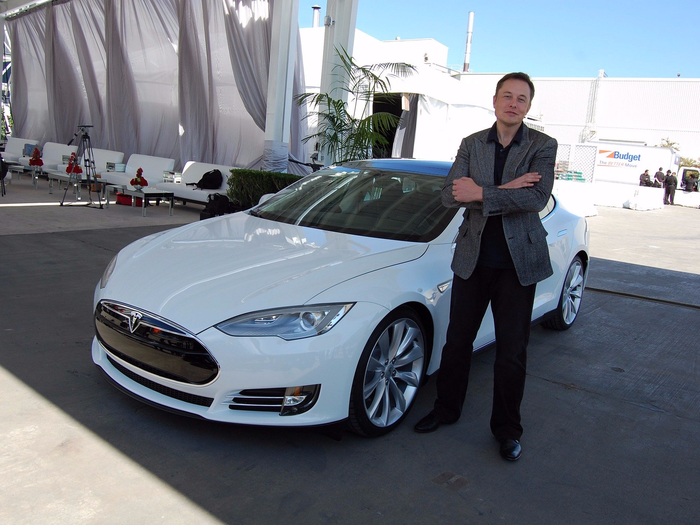 It’s always pretty interesting when the CEO of a company sells some of their stock holding. Alarm bells begin to ring, with many investors wondering what’s going on behind the scenes.

We saw it when Jeff Bezos decided to sell off $3.4bn of his Amazon shareholding just weeks before the COVID-19 pandemic became publicly acknowledged – causing the almighty market crash that followed. Bezos, it seems, was more in tune with the dangers of the virus than many key politicians were.

It’s generally accepted that a CEO selling off their own stock is a negative thing, and so you wonder why Tesla head honcho Elon Musk is so keen to make it known to all and sundry that he is continuing to decrease his holding in the electric vehicle manufacturer.

In 2021 alone, Musk has sold over $10bn of his stock in Tesla following a $1bn sell-off in November, and it’s little wonder that potential investors are jittery. However, those who already hold shares in the company will be pleased – Tesla’s value jumped to a peak of $1,213 on the back of Musk’s sale, which represents a yearly high.

It should be noted that this is not necessarily a sign that Musk wants out of Tesla – he still owns more than 169 million shares, and he confirmed that his fire sale was partly due to cutting down his tax payments.

However, the question remains: should investors be wary when an entrepreneur begins to sell their stock in their company?

One of the things with stock trading and investing is that there are no guarantees. You may make a profit, and you may make a loss – there is no real way of knowing how the markets are going to play out and how companies will perform.

If stock trading was some kind of money goose laying golden eggs, then everybody would be down at the lake. Trading shares and assets is difficult – which is why many would be better off buying a lottery ticket. Yes, your chances of winning are supremely low, but there’s always that ‘but what if?’ thought. In stock investing, you rarely get that endorphin rush – there’s always a sense of fear that the market may turn against you.

Of course, major shareholders in a firm are able to move the market when they sell, and that’s exactly what happened when Musk sold his latest batch of Tesla tickets – from a value of $1,222 on November 5, the stock plummeted to $1,023 just four days later when it was revealed that he was selling up – a major financial hit for both recreational and institutional investors.

The laws of supply and demand dictate that when the market becomes flooded with a surplus of something – in this case, Tesla stock – and demand remains at the same level, the price will fall accordingly. This is why major sell-offs are bad news for stockholders in the short and potentially long term.

Insider selling is just a bad look for a company, period, and it’s little wonder that traders begin to look to close their positions when the figurehead of the firm is basically saying, ‘Right now, I’d rather have the cash than own shares in my own company.’

In theory, a stock buyback is a positive thing.

It usually means that a company, so believing in its potential for growth and success, will invest in its own stock at X in the hope that it can sell it for the higher Y – creating extra revenue for the business.

It’s a reinvestment plan that gives the current shareholders an even greater stake in the firm, and so traders who are outside of the company might perceive a buyback as a welcoming sign.

However, it shouldn’t always be looked upon in that way. A coordinated buyback can be actioned that artificially inflates the company’s share value – designed to secure quick investment from the trading floor. The reason for this could be that the firm has run into cash flow problems – not always, but the signs are occasionally there.

Now, let’s imagine a scenario where a corporate buyback is followed by individual shareholders selling a proportion of their own stock. What could be the motivation for that?

Well, as we’ve discovered, the buyback strategy is deployed to inflate stock price – this is achieved by creating a scarcity of shares in the market. However, if a CEO, director or some other board member sells their stock at the higher price to lock in a profit, it’s an indication that they are interested more in their own wealth than the financial solidity of the company. This doesn’t exactly instil confidence among investors.

The key for traders is knowing what the intentions are when a buyback plan is hatched. Maybe the key executives in a firm are simply looking to maximize the return for their shareholders – ultimately, that should be one of their main ambitions.

However, if there’s any doubt about the motivations behind a buyback or a sell-off, you should exercise caution in your investing accordingly.

Looking on the bright side

It’s worth remembering that many high-profile company bosses will look to spread their risk by diversifying their portfolio – investing in other firms and industries they believe to have a bright future.

To do that, they may sell some of their own company stock to free up the funds to invest externally – this is a tale as old a time, and typically nothing to worry about.

As was the case with Musk, even incredibly wealthy individuals have to free up capital when they have a big tax bill coming – he announced in advance his plans to sell.

We can also think of this predicament in another way: imagine if a company CEO goes and buys a ton of their stock. What are they doing that for? Are they artificially inflating the price for a specific reason? It’s amazing to think that investors get nervous at either end of the scale – we would prefer it if the company founder simply did nothing at all!