Elaine Wynn Net worth and Biography 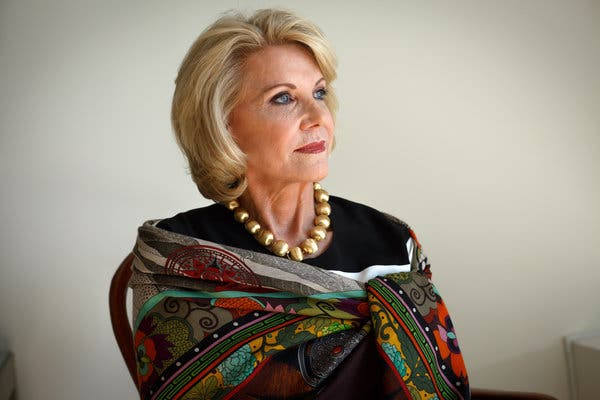 Elaine Wynn net worth 2021: Nicknamed “The Queen of Las Vegas”, Elaine Wynn who had the largest shares in publicly traded Wynn Resorts back in 2018, is an American billionaire businesswoman and philanthropist as well as art collector who co-founded Mirage Resorts and Wynn Resorts along with her ex-husband and business partner Steve Wynn.

Elaine Wynn has carried out several philanthropic movements by supporting educational causes, visual and performing arts. Let take a look at her early life, career and Elaine Wynn net worth.

Elaine Wynn was born in New York City on April 28,1942. She attended George Washington University and kater graduated with a Bachelor’s Degree in Political Science. Wynn got married to her ex-husband Steve Wynn in 1963,whom she built her business empire with before their inevitable divorce in 1986. She later remarried in 1991 but still got divorced in 2010. She has two children from her first marriage.

Elaine Wynn business career began with the establishment of Wynn Resorts in 2000, together with her ex-husband Steve Wynn. She was among the board of Directors and also played a very pivotal role in helping the business to expand across Las Vegas. Due to the allegations regarding sexual misconduct on the part of Steve Wynn, Elaine Wynn’s ex-husband, He had to stepped down as the Wynn Resorts’ CEO, after which he sold his entire shares in the company.

In 2018, a shareholder proxy battle was launched by Elaine Wynn  which she successfully made two of Steve Wynn’s loyalist to resign.

Being a philanthropist, Elaine Wynn who is the Co-chair of LACMA donated $50 million for the construction of new permanent collection space in 2016.

Elaine Wynn is also a board member in Community in School, a non-profit organization that caters for the wellbeing of the school children who can’t support themselves through school. She is also a member of the Nevada’s Blue Ribbon Education Reform Task Force and Nevada’s State Board of Education

In  2018, Elaine Wynn became the largest shareholder of publicly traded Wynn Resorts with a stake of 9% which was worth $2 billion.

Elaine Wynn net worth 2021 is estimated at roughly $2 billion by Forbes. She has been dubbed, “The Las Vegas Queen”. She co-founded Mirage Resorts and Wynn Resorts with her former husband, Steve Wynn. She has supported education causes, the performing arts and the visual arts.