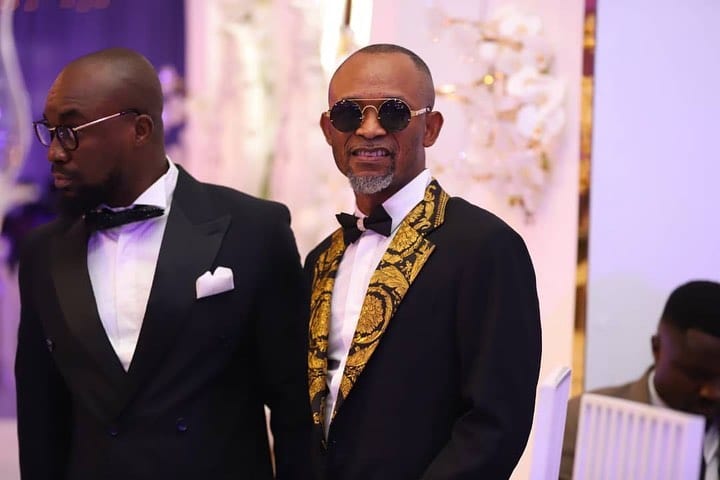 Dr. Fadda Dickson is the director of Managing Director of the Despite Media Group, he is best know as Despite’s ‘right hand man’

Fadda Dickson is highly-motivated media personality with experience in media Marketing strategies that has over the years, detected and capitalized opportunities in the growing media, advertising and branding marketplace.

READ  Osei Kwame Despite Net worth

In 1999, he was handed the Finance and Administration position of Peace FM (Radio) and subsequently grew it into a media behemoth under his direction.

He has steadily climbed the corporate ladder and currently serves as the Managing Director of the Despite Media Group comprising Peace FM, HELLO FM, Okay FM, Neat FM, Peacefmonline with the latest addition being United Television (UTV).

Dr. Dickson Narh as part of the many laurels won, was recently inducted into the 2018 Hall of Fame at the 2nd annual Ghana Entertainment Awards Celebration held in the United States of America and also decorated with the prestigious honorary doctorate degree award conferred on him by the Alfred Nobel University, under the auspices of the Ministry of Education, Ukraine.

Dr. Fadda Dickson Narh is married to Kate Dickson Narh. And the union has so far been blessed with two lovely boys; Irvine Kofi Narh and Fadda Dickson Narh Jnr. He was recently adjudged the Most Outstanding CEO in Media Management at the just ended Ghana Entrepreneurs and Corporate Executives Awards 2019, held in Accra, for exhibiting excellence in his field.

Fadda Dickson recently  shared the animation on his Instagram page which loudly mentions that Tracy first declined to be in a relationship with Kennedy but he persisted and won her heart.

Call it a clan, call it a network, call it a tribe, call it a family: Whatever you call it, whoever you are, you need one.