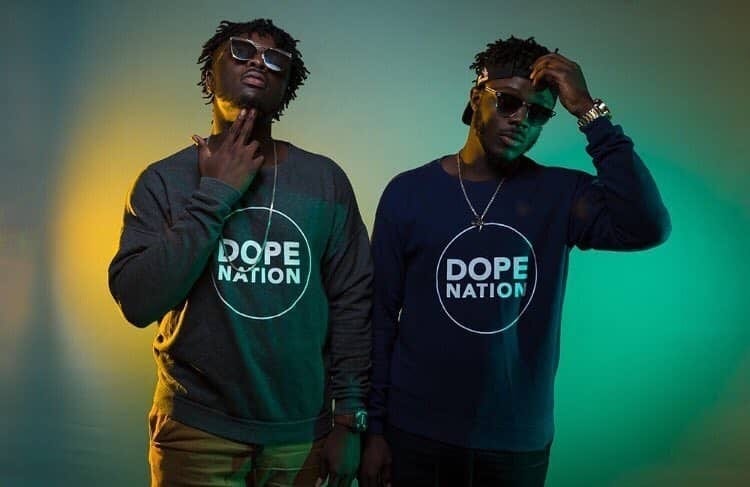 They are best known for producing hit songs such as Kpuu Kpaa by Shatta wale, Wow by Joey B ft EL, Sebgefia by Joey B and EL, Poison by Ebony Reigns, Forever by Eazzy ft Mr Eazi, Nana Ama by Pappy Kojo,

READ  Joey B Net Worth, Career, And Family

B2 and Twist decided on their career in music at a young age where they started playing beats on desks and chairs while in Junior High School. They studied at the University of Ghana and Ghana Technology University College respectively.

They have been credited with producing sounds for Ghanaian artists including E.L, Shatta Wale, Joey B, Pappy Kojo, Eazzy Flowking Stone among others.  DopeNation released their first single “Bebia Ye Shi” in 2016.

They were nominated for Music Producer Honour of the Year at the 2017 Ghana Music Honours Awards.