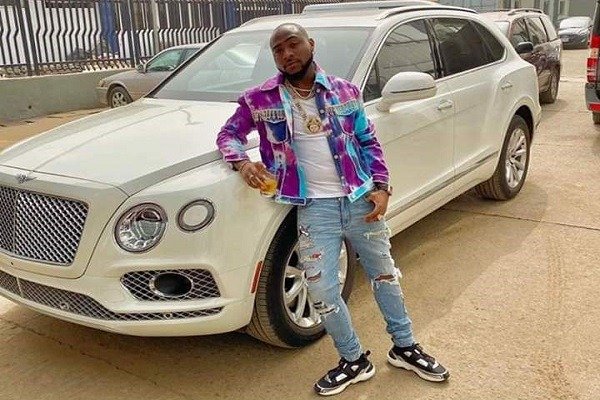 Davido cars and houses: Davido or OBO (Omo Baba Olowo) as he is popularly known as, is a Nigerian singer, songwriter and producer and the CEO of DMW (Davido Music Worldwide), a record label which houses great talents such as Mayorkun, Peruzzi etc. Davido has been taking the music industry by storm, since he rise to prominence in 2012 and since then, he has shown no signs of slowing down as majority of his recordings has been a hit back to back. Davido is one celebrity who loves to flaunt his wealth and his affinity for luxury cars and residence is out of this world. Here in this article, we bring you a collection of Davido cars that he cruises around with as well as  his million residents.

Davido is the proud son of Billionaire business baron Adedeji Adeleke. Davido was born on November 21,1992 in Atlanta. His mother Vero Adeleke was a university lecturer. He schooled at British International school in Lagos State, Nigeria before he moved back to Atlanta after completing his Secondary education. He attended Oakwood University in Alabama though he later dropped out to pursue a career in music which has paid off.

Davido began singing in 2010 but he  stepped in to spot light after the release of his mega hit track “Dami Duro” in 2012. The song earned him the Next Rated award at The Headies that same year. From 2913 to 2015 Davido had made his present felt in the music industry with dozens of hit recordings which earned him wide recognition as was later signed into Sony Music record label.

Few months after signing for Sony Records in 2016, the super star established his own record label which he named after himself, ‘Davido Music Worldwide (DMW)’. Following that as a record deal he signed with RCA records. DWM signed some artists who have risen to become super stars since signing for Davido’s owned DWM, they are Peruzzi, Mayorkun, Liya, Dremo and some other upcoming musicians. In 2017,after resolving the issues between himself and Sony RCA records, Davido went on to release five hit singles with two of them “Fall” and “If” stealing the show as they became the most streamed and and longest charting Nigerian pop song in the history of Billboard. The release saw him accorded the title ‘the King of modern-day afrobeats.

Davido’s second album titled “A Good Time” was released in November and this time it featured smash hits singles which he collaborated with foreign prominent music acts such as legendary RNB star Chris Brown to produce. The song he featured Chris Brown in was “Blow My mind” which received global recognition and recorded millions of streams, views etc worldwide. The stir that was caused by the Nigerian afro beats super star made New African magazine to cite him as One of the Top 100 most influential Africans. His third album titled “A Better Time” was released in 2020 which featured notable acts such as Niki Minaj and in 2021 he became the second most followed African on Instagram.

Davido currently serves as a brand ambassador for several top companies including MTN, Infinix Mobile and Martell (cognac) which are worth millions of dollars.

For some one so wealthy and famous, you can only expect him to cruise around with cars that match his personality, sure Davido has not disappointed in this aspect as we will be taking a look at the expensive and flashy rides that are packed in his garage and also we will be intimating you on the many houses he has both in Nigeria and abroad.

The latest acquisition of Davido is the Rolls Royce Phantom, car made for kings.

State of the art interiors for comfort

Among the list of Davido cars is a Mercedes-Benz GLE 450. The price starts at $62,500, and it comes with a 362-horsepower turbocharged inline-six engine, a 48-volt mild-hybrid system, and all-wheel drive

Looking through the list of Davido cars is the 2015 Ferrari 458 Italia. The original price starts at $277,400 and has the following features

The Range Rover Autobiography LBW with an original price tag of  $130K is another expensive ride in the list of Davido cars. It has the following features

The 2016 model of Toyota Land Cruiser is another toy among Davido cars list. It has a price tag of $69,900 with the following features

One of the most expensive names in the list of Davido cars is the Bentley Continental GT. The car is a grand tourer manufactured and marketed by British automaker Bentley Motors since 2003. The car currently has a price tag of $208,000

Davido has a mansion worth $166,000 in Atlanta Georgia home, USA and another house in Banana Island in Lagos. He also has another mansion in Lekki.

Aside the expensive list of Davido cars, the successful singer also owns a private jet. take a look at the pictures of the modest jet below

What do you think about Davido cars and houses? leave your reply in the comments below.