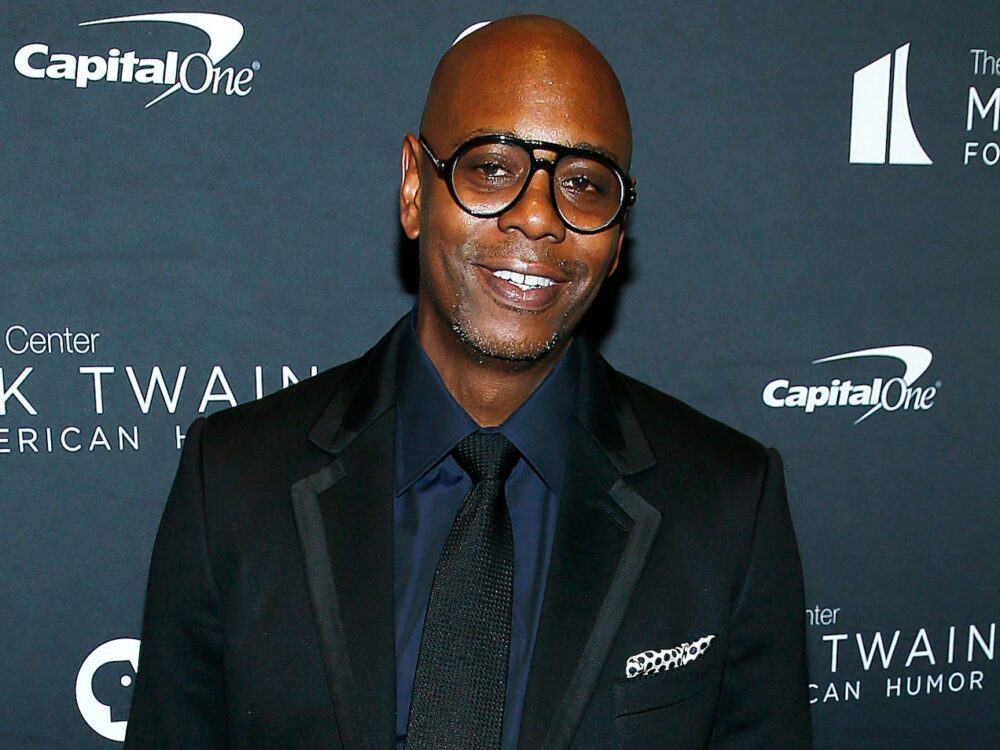 Dave Khari Webber Chappelle was born on August 24,1973 in Washington D.C to two university professors William, David Chappelle and Yvonne Seon. His father served as a Vocal Performance and Dean of Students at Antioch College IN yellow Springs in Ohio, while his mother Yvonne served in the capacity of assistant to the Congolese Prime Minister by name of Patrice Lumumba and later worked as a Universalist minister. She also worked in various institutions such as Prince George’s Community College and Wright State University as an administrator and professor.

Dave Chappelle schooled at Woodlin Elementary School before moving on to spend the rest of his childhood with his mother after she and Dave’s father separated. After graduating from Duke Ellington School of Arts, where Dave Chappelle studied Theatre Arts, he decided to venture into comedy where his passion laid.

Dave Chappelle’s career as a stand-up comedian began at Apollo Theatre where he performed his live comedy to an overwhelming audience at the Amateur Night but the experience wasn’t an encouraging one as he was booed by the audience.

Despite the cold reception, Dave Chappelle did not allow still maintained a positive attitude and continued in what he loved doing, making people laugh. As time went on he became popular and was performing at various shows around New York. At age 19, he made his acting debut in the famous movie, Robin Hood: Men in Tights.

After he had gained so much popularity, Dave Chappelle decided to launch his own show in 2003, called  ‘Chappelle’s Show’ on Comedy Central. The comedy show was so popular, that Comedy Central offered Chappelle a $55 million contract to continue the show for two years.

In 2006, Dave Chappelle brought the Chappelle’s Show to an end despite the fact that he was presented with a mouth-watering contract worth $50 million, he turned down the offer. Chappelle has gone on to star in various films since he made his first appearance in Robin Hood. Below is a list of several movies that Chappelle has starred in.

We bring you some famous inspirational quotes from Dave Chappelle.

Dave Chappelle got married to his wife Elaine Mendoza Erfe in 2001. Their union yielded two beautiful sons Sulayman and Ibrahim and a daughter by the name Sanaa.

Dave Chappelle happens to be one of the most decorated stand-up comedians in the world with three Grammy Awards to his name, one Emmy Awards.

Dave Chappelle net worth is currently estimated at $50 million making him one of the richest stand-up comedians in the world. The former Comedy Central star banked $20 million for his third Netflix special, ‘Equanimity.’ Offscreen, Chappelle padded his paycheck with touring, including a Radio City residency and a concert with John Mayer.