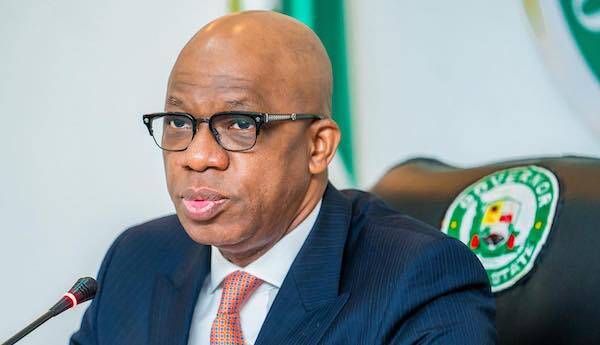 what is Dapo Abiodun net worth

Dapo Abiodun net worth 2021: Dapo Abiodun is a Nigerian businessman and politician, who is the Governor of Ogun State after winning the 2019 general elections under the platform of the All Progressive Congress.  Dapo Abiodun was the board Chairman of the Corporate Affairs Commission.

He is the managing director of Heyden Petroleum and the founder of First Power Limited.

On 10 March 2019, he was declared Governor-Elect of Ogun State by the Independent National Electoral Commission.

Abiodun was born on 29 May 1960 in Iperu Remo, Ogun State, to the royal family of Iperu.  He was born into the family of Dr. Emmanuel Abiodun and Mrs. Victoria Abiodun from Iperu Remo, in Ogun East senatorial district.

The educational background of Abiodun remains unclear. He was involved in a certificate scandal in the build-up to the 2019 general elections when he claimed in the 2015 senatorial election form for Ogun East to have graduated from Obafemi Awolowo University, but in the 2019 governorship form, he claimed to possess only a secondary school certificate of education.

In an interview with Seun Okinbaloye on channels television in December 2018, Abiodun “Claimed To Have Never Gotten A Degree From Obafemi Awolowo University”. He claimed to have been a student of the institution but didn’t graduate from the school

According to Thenewdawnonline, Dapo Abiodun net worth is $314 million. He is one of the richest politicians in Nigeria. Aside from politics, he is also a very successful businessman

He is the managing director/CEO of the Nigerian oil and gas company Heyden Petroleum Ltd (HPL). He is also reportedly the founder of First Power Limited

Abiodun is a founding member of the Peoples Democratic Party (PDP) in Ogun State, although he is currently a member of the All Progressive Congress (APC) defecting after the 2015 general elections.

He contested the Ogun East senatorial seat on the platform of the All Progressive Congress (APC) in the 2015 Nigerian general elections which he lost to the Peoples Democratic Party (PDP) candidate.

He was elected a senator of the Federal Republic of Nigeria on the platform of the defunct United Nigeria Congress Party (UNCP) in 1998. He has served as a member of various presidential committees and organizations.

In 2019, he contested in the gubernatorial elections in Ogun state and won, under the platform of the All Progressive Congress (APC).

He is a born again Christian and worships with the Mountain of Fire and Miracle Ministry. He has testified that despite much opposition to him getting into the office of Ogun state governor God still got him there