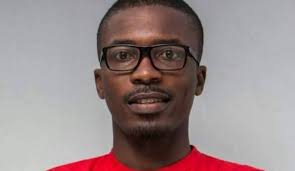 Clemento Suarez is a Ghanaian comedian, comic actor and rapper. He has earned a name for himself as the funniest Ghanaian at the moment. He has won several awards in Ghana as the best comedian. Clemento has successfully starred in over 20 movies/series acting as a comic.

The humorous actor whose real name is Clement Ashiteye, was born in Tema, Ghana.

He had his  primary education at Vichrist Parents’ School, Bethel Junior High School, and went on to Tema Secondary School.

His tertiary education was at the school of Performing Arts at the University of Ghana in Legon where he graduated in 2010.

According to Clemento, his journey to stardom was not on silver platter. He performed for free in the beginning of his career. He noted that his intention was to equip himself and prepare for his future role. That has payed off as his the new name for comedy in Ghana now.

Clemento took his first pay as a professional actor in 2011 after working for years for free. Clemento has worked with creative directors such as Latif Abubakar. He has since starred in many movies and series including;

Clemento has received massive recognition for his work including