HomeNET WORTHFrom the webMeet The Billionaire Who Wanted To Die Broke

Meet The Billionaire Who Wanted To Die Broke 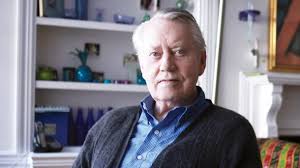 It has always been the dream of billionaire Chuck Feeney to die a broke man.

The co founder of  Duty Free Shoppers Group, and founder of  The Atlantic Philanthropies believes all the wealth he made during his lifetime has to be given back to society whiles he is still alive. Read Chuck Schumer Net Worth

Feeney gave away his fortune in secret for many years, until a business dispute resulted in his identity being revealed in 1997. Over the course of his life, Feeney has given away more than $8 billion.

On September 14, 2020, Feeney completed his four-decade mission and signed the documents to shutter the Atlantic Philanthropies. The ceremony, which happened over Zoom with the Atlantic Philanthropies’ board, included video messages from Bill Gates and former California Gov. Jerry Brown. Speaker of the House Nancy Pelosi sent an official letter from the U.S. Congress thanking Feeney for his work.

Feeney, who can best be described as the James Bond of philanthropy, started giving away his fortune in secret for many years, until a business dispute resulted in his identity being revealed in 1997.

Feeney created The Atlantic Philanthropies, and in 1984, secretly transferred his entire 38.75% stake in DFS, then worth about $500 million, to the foundation. Not even his business partners knew that he no longer personally owned any part of DFS.

The largest single beneficiary of Feeney’s giving is his alma mater Cornell University, which has received nearly $1 billion in direct and Atlantic gifts, including a donation of $350 million enabling the creation of Cornell’s New York City Tech Campus.

He has also supported the modernization of public-health structures in Vietnam.

He gave away his last $7 million in late 2016, to the same recipient of his first charitable donations: Cornell. Over the course of his life, he has given away more than $8 billion.

That’s Feeney—understated profile, oversize impact. No longer a secret, his extreme charity and big-bet grants have won over the most influential entrepreneurs and philanthropists. His stark generosity and gutsy investments influenced Bill Gates and Warren Buffett when they launched the Giving Pledge in 2010