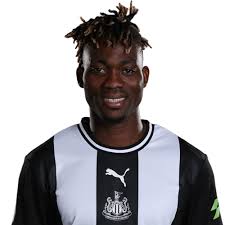 Glusea brings to you Christian Atsu net worth.

Atsu has been one of the most incredible players from the African continent.

Atsu was born on 10th January, 1992 in  Ada Foah, Greater Accra Region. He spent some of his education at Feyenoord’s African academy in Accra.

He began his career with Porto, also spending a season on loan at Rio Ave. In 2013, he was signed by Chelsea for £3.5 million, who subsequently loaned him to Vitesse Arnhem, Everton, AFC Bournemouth and Málaga.

After spending the 2016–17 season on loan at Newcastle United, he completed a permanent transfer to the club in May 2017.

A full international with over 30 caps since his debut in 2012, Atsu has represented Ghana at the 2014 FIFA World Cup and two Africa Cup of Nations tournaments.

Atsu arrived at Porto at the age of 17, finishing his football formation with the club. On 14 May 2011.

On 1 September 2013, Atsu agreed to join Chelsea on a five-year contract, for a reported £3.5 million, being immediately loaned to Dutch club Vitesse Arnhem, for the rest of the 2013–14 season.

He has also played for other clubs including; Vitesse, Everton, Bournemouth,  Málaga.

Christain Atsu net worth is currently estimated at $7 million. He currently take 30,000 euros per week.

Atsu has won several accolades including;

Africa Cup of Nations Player of the Tournament: 2015

Africa Cup of Nations Goal of the Tournament: 2015