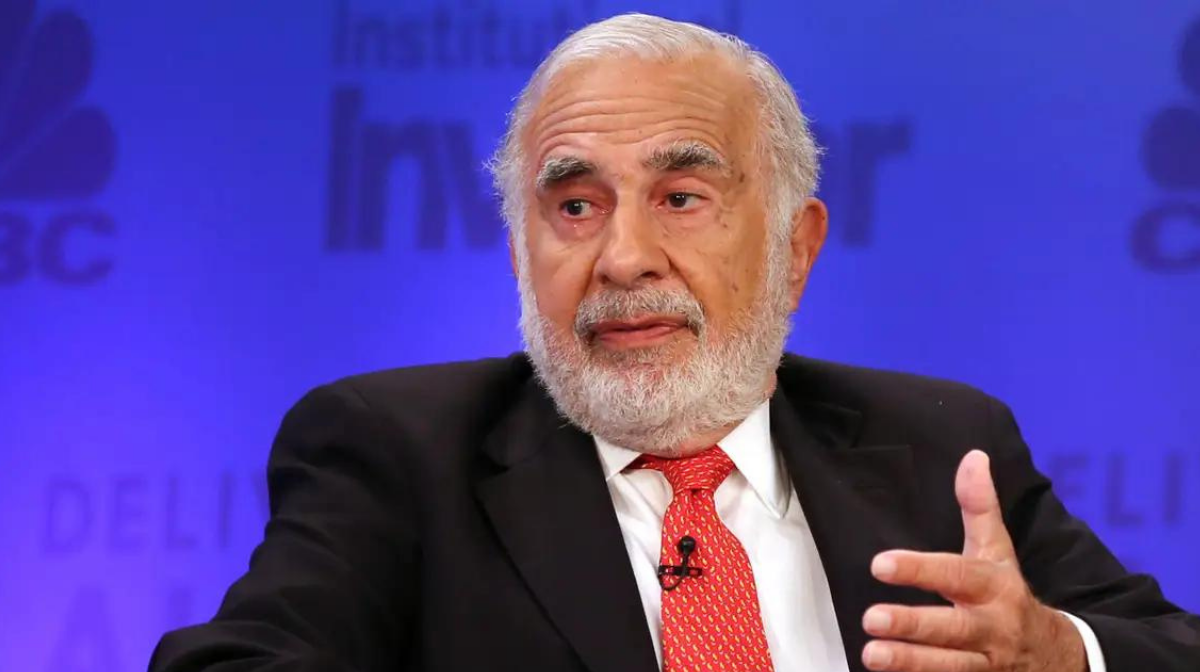 What is Carl Icahn net worth?

Carl Icahn Net Worth and Biography

Carl Icahn Net Worth 2023 is estimated at $22 billion making him one of the richest people in the United States of America. Carl Celian Icahn is an American financier. He is the founder and controlling shareholder of Icahn Enterprises, a public company and diversified conglomerate holding company based in New York City.

Carl Icahn was born on February 16, 1936 in Brooklyn. Icahn graduated from Princeton University with an A.B. in philosophy in 1957. He then entered New York University School of Medicine, but he dropped out after two years to join the military reserve force.

In 1961, Icahn began his career as a stockbroker for Dreyfus Corporation. In 1963, he became an options manager for Tessel, Patrick & Co. and then he moved to Gruntal & Co.

In 1968, with $150,000 of his own money and a $400,000 investment from his uncle, M. Elliot Schnall, Icahn bought a seat on the New York Stock Exchange and formed Icahn & Co., which focused on risk arbitrage and options trading.

In 1978, in his first takeover attempt, he took a controlling stake in Tappan and forced the sale of the company to Electrolux, making a profit of $2.7 million.

In 1979, he acquired Bayswater Realty & Capital Corporation. In 1983, he acquired ACF Industries and in 1985 he sold those shares to Phillips Petroleum, making a $50 million profit.

In 1985, by pooling his funds with investor funds and funds borrowed from banks, Icahn acquired 50% of Trans World Airlines, and he completely acquired the company in a leveraged buyout in 1988.

In June 1989, in the largest share sale to date on the New York Stock Exchange, Icahn sold his stake in Texaco for $2 billion, making a profit of $700 million.

In 1994, he took a 6.6% interest in Western Company of North America as it was in the process of being acquired by BJ Services.

In December 1998, Icahn led an investor group that acquired a 5% stake in RJR Nabisco and pressured the company’s management fails to separate its tobacco and food units.

In July 2001, Icahn’s Riverdale, LLC lent Genesisintermedia $100 million and received options to purchase 5.5 million shares of the company at an average price of $5.09.

Icahn endorsed Donald Trump in the 2016 United States presidential election. He spent the first months of the Trump Administration advising Donald Trump on regulatory overhaul, but left the position amid controversy.

Cahn is the founder of  the Children’s Rescue Fund, built Icahn House in The Bronx, a 65-unit complex for homeless families consisting of single pregnant women and single women with children, and operates Icahn House East and Icahn House West, both of which are homeless shelters in New York City.

In 2010, Icahn joined the Giving Pledge list, pledging to give away more than half his fortune. Icahn is an activist investor, and has worked with the Humane Society of the United States in pushing McDonald’s to achieve its pledge to end the sourcing of pork produced with gestation crates.

He has donated about $200 million to what is now the Icahn School of Medicine at Mount Sinai through Carl Icahn net worth and success.

He has been recognized several times for his immense achievements made in business and trade;