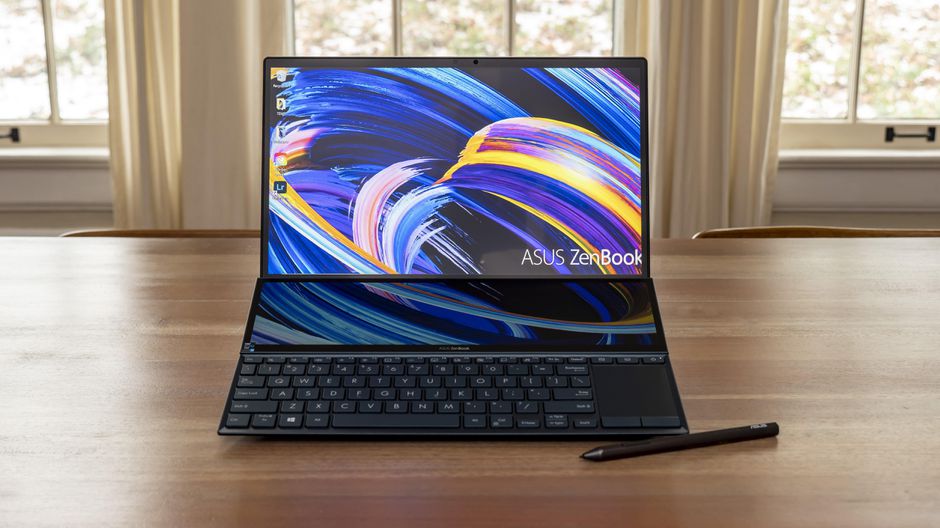 Best Laptops For College Students: Buying a new laptop is surely one of the more daunting tech purchases you can make. There’s an intimidating number of products out there on the market, and they do a dizzying amount of things.

How do you find the best laptop as a college student?

Most Expensive Pokemon Cards in the world

The first step to answering that question is to work out what those needs actually are – and the truth is that for most of us, the answer is basic tasks like, studying, doing assignments sending emails, browsing the internet etc.

Well established computer maker Asus has been churning out Zenbooks since 2011 and we’re now onto the 14th iteration. The focus of this family has always been on minimising their footprint: they’re small and lightweight.

Unlike other small laptops, the Zenbook range distinguishes itself with a brushed aluminium chassis which helps these computers look significantly more premium.

Until about a year ago I’d never even heard of Honor, but it’s rapidly becoming one of my favourite tech brands out there. Why? Well, frankly, the prices. First there was the Honor 9X; a decent smartphone costing just £219.99. The brand followed this up with the Honor Band 5, a Fitbit-quality fitness tracker costing about £100 less.

The Magicbook is Honor’s first foray into the world of personal computing but it’s an assured introduction. As I’ve come to expect from the Chinese company, the quality is impressive and it’s being sold for a price which seems almost ludicrous.

Let’s start with the outside. The Magicbook is a real looker, an all-metal dark grey chassis with an electric blue trim around the edge. Thankfully, that chassis is also matte so neatfreaks like me won’t need to worry about fingerprint marks. Yet despite being entirely metal on the outside, the Magicbook isn’t particularly heavy. It’s only 1.47kg and 15.8mm thick when closed so it’ll definitely slide into your bag with ease.

Battery life: Up to eleven hours

Alright, so it’s fair to say that the brilliant Surface Go has removed some of the lustre from its big brother, the Surface Laptop 3 but even so, it’s fair to say Microsoft’s answer to the Macbook is still, in a word, excellent.

It’s got a bigger screen than the Go with a choice of 13 or 15 inch touchscreens, a stylish, clutter-free design, and an incredibly fast processor, making ideal for artistic, musical, or design pursuits.

It’s still light too, at 1.25kg, the 13.5-inch model that I’ve been testing frequently made me wonder if I’d misplaced it. I frequently found myself running back to my flat to pick it up, thinking my bag was too light to contain a laptop, only to discover that it had been with me the whole time. And it’s stylish too, I have been using the sandstone (don’t you dare call it rose-gold, a stern Microsoft exec told me) version and it has attracted plenty of attention.

The screen sizes are the obvious differences but internally there are a few chipsets on offer. You can go for the 10th Generation Intel chipsets or AMD chips.

Once you’ve decided to buy a Macbook, nothing else can scratch that itch. They’re highly design, highly enviable, and certainly highly priced beasts. You’re either susceptible to their charms or you’re not.

Lets start with those charms. The recently released Macbook Air looks absolutely fantastic. Of course it does. This is Apple: Jony Ive, the company’s chief design officer, wouldn’t get away with the dodgy spelling of his first name if his products were anything less than glorious.

This is the smallest Macbook yet; though around the same size as it’s 2019 edition predecessor, and that means it’s light and easy to carry around.

The screen is a retina display, which Apple has been using on all its other Macbooks and iPhones for a while now, and it looks fantastic – bright, sharp, popping with colour. Apple have trimmed the bezels, letting the screen stand out. The speakers are also 25pc louder than the last model.

The trackpad is fantastic, larger than most of the others on the market, and it features fingerprint unlocking and pressure sensing. Small but welcome changes.

I’m not sure whether LG knows how much a ‘gram’ weighs. If you were to bake with LG’s gram measurements, it would be one very large cake. Still, laptops aren’t cakes and as laptops go, the LG gram range is very small, sleek, and light indeed.

I know what you might be thinking “sure, that’s not that impressive, we’ve seen Chromebooks do that before.” And you’d be right. But despite it’s lightweight nature, the LG gram isn’t a Chromebook, it’s just a very light laptop.

That means that unlike a Chromebook you get tonnes of storage (up to 1TB on the 16 and 17-inch models, but a minimum of 256GB on the cheaper devices), a really solid processor which is perfectably capable of basically anything I was able to throw at it, including some quite complex video-games.

The screen isn’t quite big enough to warrant 4K, but it offers a 2560×1600 resolution which is twice as good as Full HD with colours that really pop, so it’s perfect for late night Netflix and chilling sessions. I say that because the 3D audio rendering gives you a great surround sound even without headphones on.

The original Google Pixelbook was my recommended pick in this list, but it comes with the caveat that it’s pricey and for the most part discontinued. Two years after the Pixelbook’s original release, we have the follow-up which answers the former criticism – the Pixelbook Go is over £300 cheaper than the original. Yet they’re not entirely comparable devices; that drop in cost comes at a price.

The design of the Go is lovely: a simple metal chassis with rounded corners available in either black or a sandy pink. The bottom of the device is softly corrugated, which is unusual and helps to ensure the laptop doesn’t slide around when you’re using it. With the lid closed, it’s just 1.3cm wide: slim enough to slide into most bag pockets.

Under the hood, the touchscreen is bright and easy to use, there’s smashing battery life and solid standby time. But some of the original’s best features are missing: the 360-degree hinges that allowed you to turn the laptop into a tablet, for example. Storage space has also been slashed in half.

Search any forum about laptops and the question that inevitably comes up is: “Can I play the Sims 4 on it?” Well, if that’s what you’re looking for, look no further.

The HP Envy is the closest thing you can get to a gaming laptop without being a gaming laptop. What I mean by that is, it’ll be ideal for playing things like the Sims 4 or Football Manager, but probably not the one for playing Call Of Duty or Warcraft.

Even as a standard laptop, I’m pretty impressed. It manages to pack a full-sized keyboard onto its laptop body, and you get 360 degree hinges, a touchscreen, fantastic speakers, a bright and sharp screen, and all the ports and connections you can shake a stick at.

It’s great on the go, charging up in a claimed 45 minutes (more like an hour, I found).

Getting the UX481 out of the box, I was baffled. As you can see from the picture above, the design of this laptop is unusual in that half the space which is usually reserved for the keyboard is devoted to a slim little second screen. “What possible reason could anyone have for this slim-line second screen?’ I wondered. However, after having spent the day working on it, I am sold.

Read Most Expensive Houses in the word

The screen itself is as you expect, bright, clear and easy to read off. The bezels are tiny so you genuinely do get a lot of screen.

And then you get a second helping with a touch enabled screen on the keyboard. It’s super useful. You can, for example, put a video on the main screen and transcribe it on the smaller screen.

However, the downside of the second screen is that the keyboard is tiny and the touchpad is off on the right hand side.