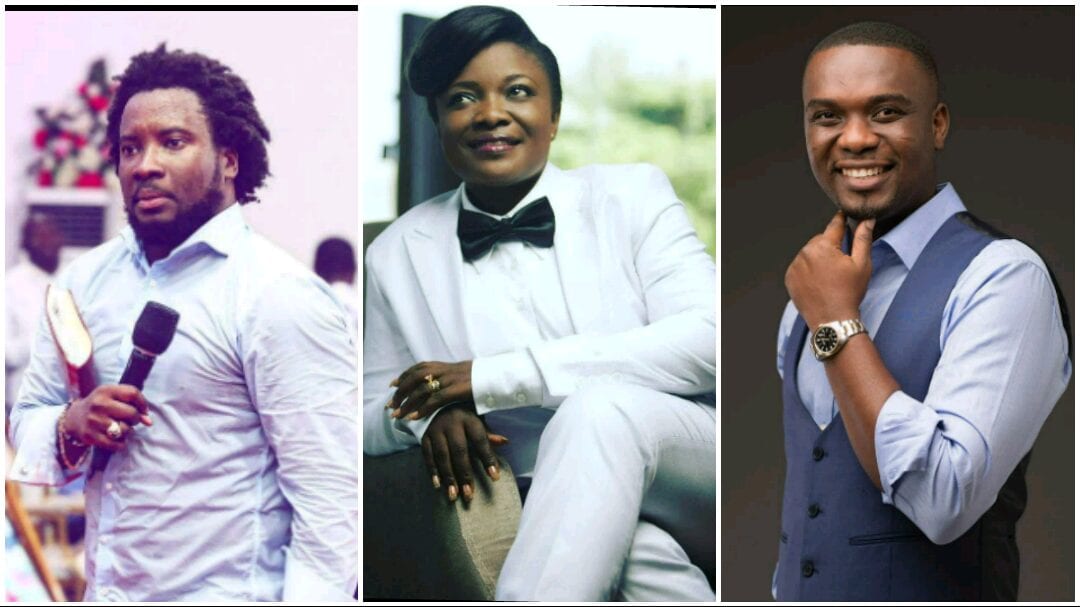 We bring to you Best Gospel Singers in Ghana

Gospel music has seen tremendous improvements over the last years. For the first time in Ghana’s music history, a Gospel musician was awarded the artiste of the year. We have also seen gospel musicians in Ghana sharing the same stage and featuring international acts. see the list of Best Gospel Singers in Ghana

Africa multiple award winning International Gospel singer-songwriter Sonnie Badu is an influential figure in Africa Gospel music. He is known for his work as a philanthropist, businessman, motivational speaker, and author, and for his long-running success as a musician. He is arguably the most flourishing gospel export emerging out of Africa in recent years.

One of the most consistently popular live acts in the world, Sonnie have been to almost every corner of the world and is high on every best worship list; his trademark vocals are as recognizable as his custom made fashion accessories.

Joseph Oscar Nii Armah Mettle better known by his stage name Joe Mettle, is a Ghanaian gospel singer and songwriter. He is the first Gospel musician to win VGMA Artist of the year in his Genre on April 8, 2017.

He has won many awards in Ghana and many other countries. He has been recognized as one of the most successful musicians over the decade. He has mounted so many international platforms with International Gospel Artists like Donnie McLurkin, Ntokoso Mambo and many more

Ohemaa Mercy released her first album in the latter part of November 2004. Entitled Adamfo Papa, the album enjoyed massive airplay after its release, which brought Ohemaa into the limelight. She won seven nominations for the 2006 Ghana Music Awards but did not win any of the awards. She later won the Discovery of the year for the Gospel Music Awards the same year.

Ohemaa Mercy has performed on major platforms with electrifying performances that have earned her a huge fun base, not only for the love of her music but also for her stage performances.

Diana released her debut album in 2007 titled, “Osoro be kasa” and this album enjoyed some good airplay which brought her into the limelight. Her second album “Ensi wo yie”, released in 2010, gained her prominence in the Ghanaian Gospel Music Industry.

She remains a mentor for a lot of upcoming gospel musicians. She also finds time to mentor a lot of youths in her local church.

Donkor collaborated with numerous gospel musicians, including Joe Mettle, Joyce Blessing, Ceccy Twum, Philipa Baafi,  She has many hit songs, including “Turning around”, “Bigger”, “Okronkronhene”, “Manim Nguase”, “Boobobo”. Her latest Album Agbebolo earned her the Artiste of the year at the National Gospel Music Awards.

In 2018, Blessing took the lead among other gospel musicians in Ghana with copping nominations in all awards organized in Ghana. She recently won the Gospel artiste of the year at Ghana Entertainment Awards USA , Ghana Music Awards South Africa Gospel Artiste of the Year and grabbed three awards at the recent BAMA Awards in Ghana, making a sum of 22 awards copped in just five years in ministry, an achievement no Ghanaian gospel musician has been able to attain so far.

She again grabbed nominations for Gospel Song of the year and Gospel Artiste of the Year at the Vodafone Ghana Music Awards, three Music Awards and more.

In 2019, Blessing has nominations for Hippo Music Awards based in Uganda and six nominations at MAWA 2019 in Nigeria and won an award with her latest Repent single at Maranatha Global Worship Music Awards In Kenya.

She currently has 24 awards and six albums to her credit.

As part of her gospel ministry, she has set up a charity foundation which donates to the deaf and blind, accident victims, and mentally challenged people in Ghanaian society.

Obaapa Christy has several awards for her motivational and spiritually uplifting songs including Ghana Music Award, a National Award honours and an award from former President Kufuor.

Her latest album, ‘hyebre Sesafo’ is receiving massive airplay all over the country.