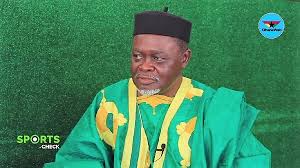 Glusea.com Brings to you Azumah Nelson Biography and net worth

Azumah Nelson has been voted the greatest boxer in Ghana by Boxrec. He fought 46 bouts in his entire career winning 39 of them with 28 Kos. Read Azumah nelson Biography and more about his career here.

Azumah Nelson was born on born 19 July 1958 in Bukom, Accra, Ghana. Azumah Nelson always wanted to fight at as a boy. Boxing was his hobby. He tried on several occasions in the streets but was led into the gym to face the best boxer at the time. The boy beat him, but that did not matter. Azumah kept coming back and eventually was able to take on the man with success. That was when he began to train as a boxer.

After going 50-1 as an amateur and a Commonwealth championship as a featherweight, Nelson picked up gold in the featherweight division at the Edmonton games in 1978.

After this success, he turned professional and within 10 fights he was the holder of the Ghanaian, African and Commonwealth belts. He went 13-0 to start his pro career.