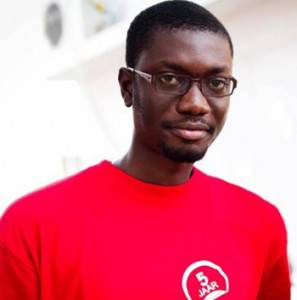 All information about Ameyaw Debrah biography was sourced from Ameyawdebrah.com

Ameyaw Kissi Debrah is a freelance journalist and blogger. He holds a degree in B.A Publishing Studies from the Kwame Nkrumah University of Science and Technology (KNUST), where he was voted the Best Publishing Student of 2005.

Debrah was introduced to the world of entertainment, arts and culture when after university; he did his National Service at Ovation International Magazine in Accra. While at Ovation, he reported on entertainment and celebrity happenings in Ghana for the publication’s international audience.

Ameyaw Debrah started his online writing by contributing to several US-based pan-African portals. He joined Orijin-ent.com in August 2007 and in October 2007 started contributing to Jamati.com.  In November 2007, he joined the Voices of Africa, a project based in the Netherlands, where he submitted, videos, photos and news from Ghana for www.africanews.com.

After participating in the Highway Africa summit in Rhodes University, South Africa as a speaker on Digital Indaba, Debrah returned to Ghana to launch his personal blog, jadedrenegade.blogspot.com in June 2008. He also started contributing to ModernGhana.com as a columnist.

His works online caught the attention of many and in August 2008 he joined www.ghanaweb.com as a Content Editor. In June 2009 he launched his highly popular and syndicated blog, www.ameyawdebrah.com. In May 2012 he left Ghanaweb as a result of conflict of interest to focus fully on his blog.

His works online caught the attention of many and in August 2008 he joined www.ghanaweb.com as a Content Editor. In June 2009 he launched his highly popular and syndicated blog, www.ameyawdebrah.com. In May 2012 he left Ghanaweb as a result of conflict of interest to focus fully on his blog.

Today, the blog has become a leader in providing entertainment and lifestyle news not only in Ghana but also across Africa. Debrah has been a contributor on several pan-African platforms including StarGist on Africa Magic, www.dstv.com, and Glitz Africa Magazine.

The formulation of AmeyawDebrah.com was a result of Debrah’s friend hosting and helping him get the domain. Since its inception, the website has found innovative ways to reach readers across the globe. In 2010, the website debuted its iPhone app with the help of MobBase, a web developer.  In 2012, the website launched an internet-based talent hunt competition to discover and promote new musical talents in Ghana. In addition, Debrah launched the My Ghana Campaign, a platform where readers can record a one-minute video discussing relevant issues in Ghana

The couple’s love story is being witnessed by close family and friends, industry colleagues, and leading showbiz names.

On Tuesday, March 6, the popular blogger married his beautiful fiancée in traditional ceremony. 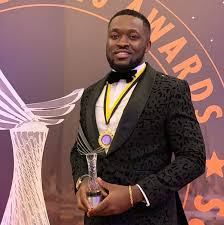