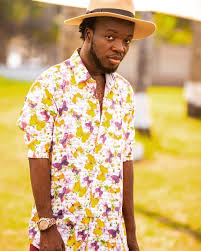 Akwaboah is a Ghanaian musician and songwriter. He is noted for writing award winning songs “Daa kee Daa” for Becca and and”Ayeyi Ndwom” for DSP Kofi Sarpong. Akwaboah Songs are more about love

The two songs won their respective artistes’ awards at the 2010 Ghana Music Awards and Akwaboah subsequently being adjudged the “Song Writer for the Year” for”Daa Ke Daa”.

Akwaboah whose real name is Gladstorm Kwabena Akwaboah Jnr., was born in Mampong Beposo, in the Ashanti region of Ghana

Akwaboah started his music career as a singer in a church and later learnt how to play the keyboard.

Akwaboah, who is now a master keyboardist, has played for several local and international artistes including Hugh Masekela and John Legend, and has assisted several musicians to make it big in the industry.

These are the top Akwaboah Songs

currently, the musician’s net worth is under pending. He has won several awards including the notable Songwriter of the Year in 2010

Aside being a song writer, Akwaboah also serves as a judge on a popular Kid’s program dubbed “Nsromma”