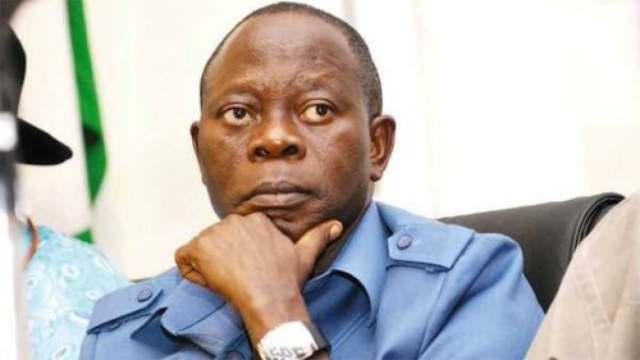 Glusea brings to you Adams Oshiomhole net worth

Adams Oshiomhole net worth is $450 million. He has achieved lot from his service in several capacities including; President of Nigeria Labour Congress from 1999 to 2007, The executive governor of Edo State, Nigeria from 2008 to 2016 and most recently the Chairman of APC party from which he was suspended in 2020. Adams Oshiomhole is one of the wealthiest politicians in Nigeria

Adams Aliyu Oshiomhole was born on the 4th of April 1952 at Iyamho, near Auchi in Edo State. He was born Muslim but was led to Christianity by his late wife Clara who died of cancer aged 54. He is Catholic and his Christian name is Eric. After his secondary education, he obtained a job with the Arewa Textiles Company, where he was elected union secretary. He became a full-time trade union organizer in 1975.

Adams Oshiomhole decided that he needed to further his education and so in 1975 he proceeded to Ruskin College at Oxford, United Kingdom to study industrial relations, majoring in labour economics. Furthermore In 1989, he attended the National Institute for policy and strategic studies (NIPSS) Plateau state of Nigeria, making him a Member of the National Institute (MNI).

In 1982, Adams Oshiomhole was appointed General Secretary of the National Union of Textile, Garment and Tailoring Workers of Nigeria, a union with over 75,000 workers. After democracy was restored in 1999, he became president of the Nigerian Labour Congress and was prominent as the leader of a campaign of industrial action against high oil prices in Nigeria.

Read About the Top Richest Men in Nigeria

Early in the administration of former President Olusegun Obasanjo he negotiated a 25% wage increase for public sector workers.

Oshiomhole represented African workers for two terms on the Governing Body of the International Labour Organization (ILO), serving on the committee on Freedom of Association. He was also a member of the Executive Board of the International Confederation of Free Trade Unions.

In April 2007, Adams Oshiomhole ran for Governor of Edo State under the Action Congress Party, with which his Labour Party had entered a strategic alliance. Oserheimen Osunbor of the People’s Democratic Party (PDP) was declared the winner. However, the AC contested the election on the basis of various irregularities. On 20 March 2008, an Edo State election tribunal nullified the election of Oserheimen Osunbor and declared Oshiomhole the winner. On the 11th of November, 2008, a federal Appeal Court sitting in Benin City upheld the ruling of the state’s elections petitions tribunal, declaring Oshiomole to be the Governor of Edo State. The decision was based on several voting irregularities.

In 2012, he was elected to a second term, winning the elections in a massive landslide. He ended his tenure on the 12th day of November 2016.

On the 23rd of June 2018, Adams Oshiomhole emerged as the national chairman of the All Progressives Congress (APC) in Nigeria following a voice vote by delegates at the party National convention.

On November 12, 2019 Oshiomhole was suspended from APC after 18 Local Government Chairmen of the party in his native state of Edo passed a vote of no confidence on him. He was accused of trying to disintegrate the party in Edo State.

Who is oshiomole wife?

Where is Adam Oshiomole from?

Related Topics:Adams Oshiomhole net worthrichest man in Nigeria
Up Next