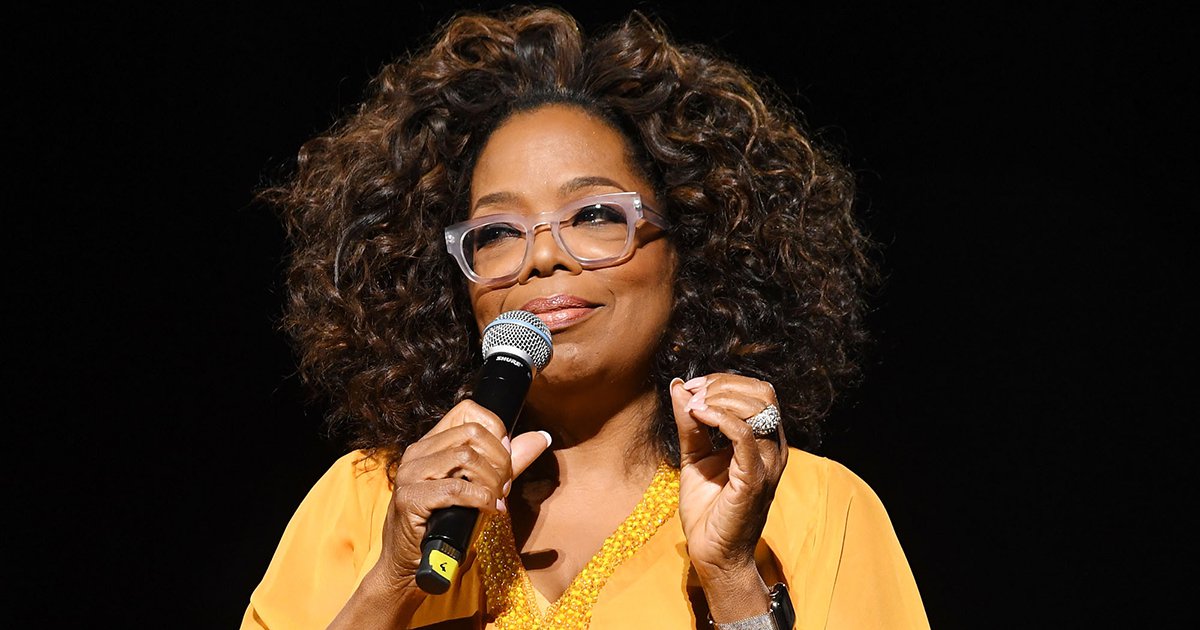 Oprah Winfrey Quotes – Oprah Winfrey is one of the most distinguished and outstanding black women in the world’s history. The famous quotes of Oprah Winfrey, presented in this article will inspire you to greatness. Before that let’s take you on a short journey to the life, set backs and success story of Oprah Winfrey.

Oprah Winfrey is a TV host, actress, TV producer, author and Philanthropist who has proven to be one of the  most virtuous and powerful black women in the world. She is the founder of the famous TV reality show Oprah Winfrey show which was the first most highly rated television program in history. In the 20th century she was the richest African-American and the greatest Black Philanthropist in the history of United States.

Oprah Winfrey who has a net worth of $2.5 billion and has been nicknamed “Queen of All Media” and also ranked the most influential woman in the world. Oprah Winfrey was never born with a silver spoon, in fact she was born into poor family who could barely feed.

Her full name is Oprah Gail Winfrey was born on 29th January 1954 in Kosciusko, Mississippi, U.S. Oprah Winfrey had it very rough while growing up, as she was “molested at the age of 14 and got pregnant with her son who died prematurely. Her life has been filled with ups and downs. Now that you have read the sad story of Oprah Winfrey, her 30 Inspirational Quotes on Dreams, Financial Success, Failures and Moving Forwards which have been listed below, will inspire you to greatness.

“The greatest discovery of all time is that a person can change his future by merely changing his attitude.” – Oprah Winfrey Quotes

“Forgiveness is letting go of the hope that the past can be changed.”-Oprah Winfrey

“I would like to thank the people who’ve brought me those dark moments, when I felt most wounded, betrayed. You have been my greatest teachers.”- Oprah Winfrey Quotes

“The great courageous act that we must all do, is to have the courage to step out of our history and past so that we can live our dreams.”-Oprah Winfrey

“If you want your life to be more rewarding, you have to change the way you think.”-Oprah Winfrey

“In the mist of Difficulty lies Opportunity.”- Oprah Winfrey Quotes

“Doing the best at this moment puts you in the best place for the next moment.”-Oprah Winfrey

“Do the one thing you think you cannot do. Fail at it. Try again. Do better the second time. The only people who never tumble are those who never mount the high wire. This is your moment. Own it.”- Oprah Winfrey Quotes

“Wherever you are in your journey, I hope you, too, will keep encountering challenges. It is a blessing to be able to survive them, to be able to keep putting one foot in front of the other—to be in a position to make the climb up life’s mountain, knowing that the summit still lies.”- Oprah Winfrey Quotes

“It makes no difference how many peaks you reach if there was no pleasure in the climb.”-Oprah Winfrey

“When people show you who they are … believe them!”- Oprah Winfrey Quotes

“If friends disappoint you over and over, that’s in large part your own fault. Once someone has shown a tendency to be self-centered, you need to recognize that and take care of yourself; people aren’t going to change simply because you want them to.”-Oprah Winfrey

“True forgiveness is when you can say, “Thank you for that experience.”- Oprah Winfrey Quotes

“The key to realizing a dream is to focus not on success but significance, and then even the small steps and little victories along your path will take on greater meaning.”-Oprah Winfrey

“I have crossed over on the backs of Sojourner Truth, Harriet Tubman, Fannie Lou Hamer, and Madam C. J. Walker. Because of them I can now live the dream. I am the seed of the free, and I know it. I intend to bear great fruit.”- Oprah Winfrey Quotes

“All of us need a vision for our lives, and even as we work to achieve that vision, we must surrender to the power that is greater than we know. It’s one of the defining principles of my life that I love to share: God can dream a bigger dream for you than you could ever dream for yourself.”-Oprah Winfrey

“Bravery shows up in everyday life when people have the courage to live their truth, their vision and their dreams.”-Oprah Winfrey

“Whatever our dreams, ideas, or projects, we plant a seed, nurture it — and then reap the fruits of our labors.”-Oprah Winfrey

“I urge you to pursue preserving your personal history to allow your children and grandchildren to know who you were as a child and what your hopes and dreams were.”-Oprah Winfrey

“The best thing about dreams is that fleeting moment, when you are between asleep and awake, when you don’t know the difference between reality and fantasy, when for just that one moment you feel with your entire soul that the dream is reality, and it really happened.”-Oprah Winfrey

“I’ve come to believe that each of us has a personal calling that’s as unique as a fingerprint – and that the best way to succeed is to discover what you love and then find a way to offer it to others in the form of service, working hard, and also allowing the energy of the universe to lead you.”-Oprah Winfrey

“Don’t worry about being successful, but work toward being significant and the success will naturally follow.”-Oprah Winfrey

“The biggest adventure you can ever take is to live the life of your dreams.”-Oprah Winfrey

“Your true passion should feel like breathing; it’s that natural.”-Oprah Winfrey

“When I look at the future, it’s so bright it burns my eyes!.”- Oprah Winfrey Quotes

What do you think about Oprah Winfrey Quotes ? Leave your reply in the comments section below

Richest Black women in the world

15 Linda Ikeji Inspirational Quotes That will Blow Your Mind