HomeCompanies29 Largest Armies In The World 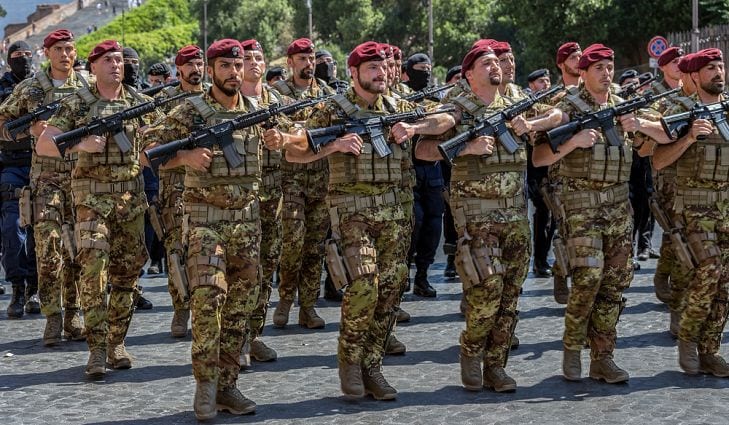 China has the largest standing army in the world followed by India and the United States according to world atlass.

The world in which we live in is not perfect. This means that countries need armies and guns and they also tend to go to war with each other. Countries that face threats from within and outside their borders have to deal with different security risks. This kind of reality forces countries to raise powerful armies to protect and defend their interests. The numbers below are provided by the International Institute for Strategic Studies in their 2018 report.

When judging the largest standing armies in the world we see that there are many armies that are really big and strong. China is the country with the largest standing army and is one of the best trained. China has upped its military budgets by more than 10% a year over the last five years. This army was established way back in 1927 and was known as the China People’s Liberation Army which is made up of Ground Forces, NAVY and Artillery as well as armed police and of course a strong air force. The latest estimates about the size of this army is put at 2,035,000 personnel. Most of the personnel of this army are aged between 18 and 49 years. By law military service is compulsory in China, although the country has never enforced conscription due to the large number of volunteers from its population. Its army is divided into five main service branches: the Ground Force, the Navy, the Air Force, the Rocket Force, and the Strategic Support Force. The army is well trained and equipped and is considered to be one of the strongest in the world, although its equipment is considered to be behind the US by about 20 years.

The United States Is the Most Powerful Military In The World

When you think about largest armies in the world you will no doubt also think about the US, whose army which is considered the strongest and best equipped in the world. It also has the largest military budget of $610 billion which is far larger than its closest rival China at $216 billion and is (actually bigger than the next nine countries combined). The country’s army was formed way back in 1775 and since then the army of this country has come a long way. Today, it has about 1,358,193 active duty personnel. The US has the second-largest army in the world and it is considered one of the best-trained and most powerfully equipped armies in the world. It has by far the most aircrafts, biggest advancement in technologies like the Navy’s new rail gun, best trained human force and the world’s largest nuclear arsenal.

Other Notable Armies Across The World

Other countries with the largest armies in the world include India, which is ranked number second in size. This army is well equipped with missiles that can hit targets far away from its shores. Russia has earned an enviable reputation for having a well-trained and powerful army. Currently it is ranked fifth as far as largest armies in the world go. Its army is made up of personnel aged between 18 and 27 and it currently has 1,013,628 soldiers.

Countries like France do not enjoy a reputation for having large armies in the world but it is nevertheless a country with a budget of over 62.3 billion dollars, which is the fifth largest in the world. The report showed that the United Kingdom has more than 150,250 strong personnel in its army. This is a country with small army in terms of personnel but it has a huge budget. Iran is another country that spends significantly on military, with an army consisting of about 523,000 active personnel with a defense budget of about 30 billion dollars.

Almost every country in the world has an army that protects it against both external as well as internal forces. When comparing militaries the size of the standing army does not judge the strength of the military alone. Their military histories, budgets and current operations also have to be taken into account.