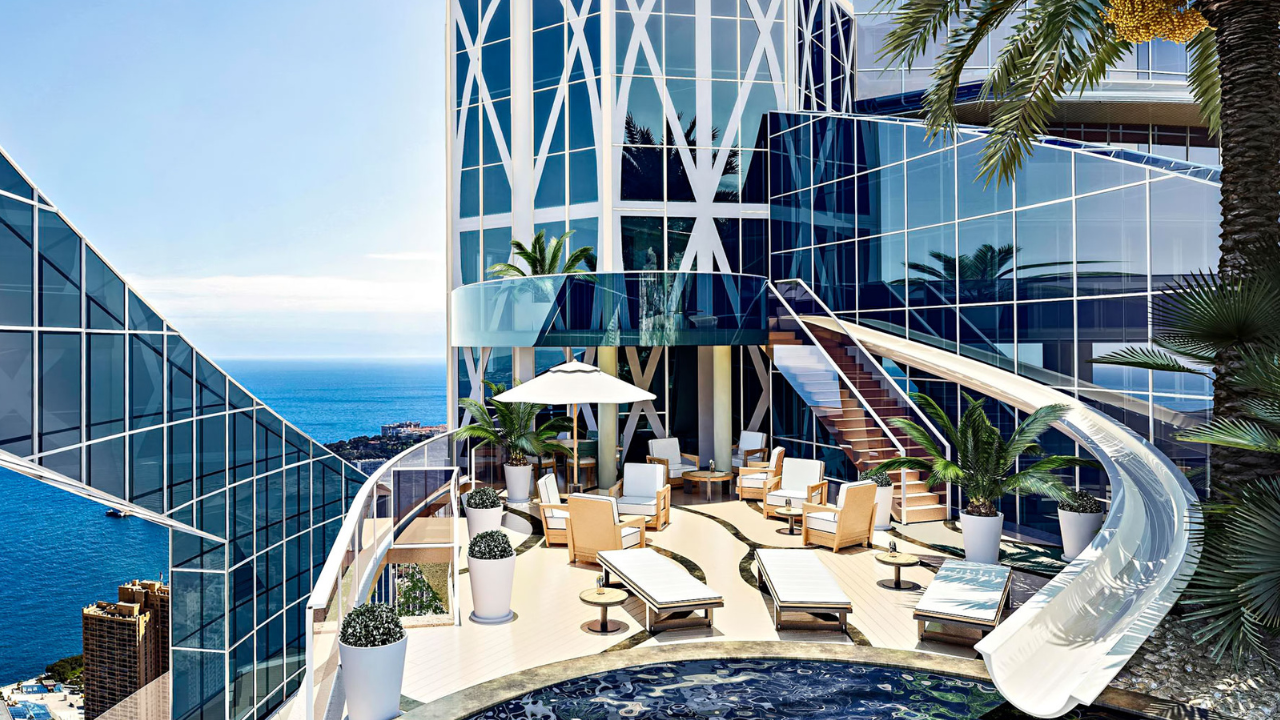 Glusea- Most Expensive penthouses in the world

In most high-rise residential buildings, the penthouse is the crown jewel. Not surprisingly, given their vast square footage, high-quality fixtures, and spectacular settings, these apartments can be really expensive.

In the write-up, we have put together the 10 Most Expensive penthouses in the world

Read Top 10 Most Expensive Guitars in the world

If you’re looking for a place to truly indulge, a penthouse is the way to go. If you had such an opulent apartment, it would be easy to imagine yourself as the king of the world. If you’re interested in learning about the most expensive penthouses, you should read on.

Most Expensive penthouses in the world

Read below to find the list of the Most Expensive penthouses in the world.

With a price tag of $440 million, the Odeon Tower Penthouse is the most expensive penthouse in the world. We’re talking about the penthouse in Tour Odéon, and it’s absolutely breathtaking.

Tour Oéon, completed in the 1980s, was Monaco’s tallest building at the time. You may be wondering what features of this penthouse make it the most expensive option.

luxury condo with in-unit medical facilities, including a catheter, and an abundance of swimming pools. You’ll also have access to a personal chauffeur who can assist you in moving around Monaco in style and comfort.

The Odeon Tower Penthouse is unlike any other due to its unparalleled level of grandeur and impeccable service. An infinity pool awaits you out on the balcony.

One Hyde Park is one of the world’s most expensive apartment complexes, and it was just finished in London’s posh Knightsbridge neighborhood.  It is one of the Most Expensive penthouses in the world

Some of London’s most expensive real estate may be found in this over $2 billion development.

Read Most Expensive Hotels in the world

When a mysterious Eastern European billionaire paid a record-breaking $237 million for one of the four penthouses at One Hyde Park this spring, the property made history as the most expensive British apartment ever sold.

However, the penthouse did not come with any furniture, flooring, or even internal walls, which may have cost tens of millions of dollars, despite the building’s amazing amenities (24-hour residential concierge, 21-meter stainless steel ozone swimming pool, and very high levels of security).

The One57 Penthouse, located above New York City’s renowned Central Park, is one of the most luxurious and costliest apartments in the world.

The most expensive apartment ever sold in New York City was an aerie atop the 90-story One57 tower in the Financial District, which went for A$137 million.

The penthouse occupies the top two floors of the 1004-foot building, and it features six bedrooms, a steam room, a library, and an indoor movie theater within its 1022 square meters of area.

Read Most Expensive Colleges in the world

In addition to the services offered by the Park Hyatt, people who live in the One57 penthouses have access to a private 1858-square-foot amenities level with a swimming pool, fitness center, library, and theater.

The Woolworth Tower Residence is the world’s fourth-most expensive penthouse, with a price tag that exceeds $110 million.

New York is home to Woolworth Tower Apartments. This house was formerly one of the world’s largest and tallest structures.

There are spa facilities and a sauna in this penthouse. A private gym and wine storage are included.

The fact that each home has its own 185-bottle wine locker, though, has to take the cake. Without a doubt, the Woolworth Tower Residence has become a symbol of great architecture.

The CitySpire Penthouse is located at number five on the list. It’s in the Big Apple, and as you may have guessed, so are a disproportionate number of luxury apartments.

If you want to see the most beautiful penthouses ever built, New York City is a great place to go. The 8,000-square-foot CitySpire Penthouse contains a big dining room, art, a formal gallery, a video room, and storage for 1,000 bottles of wine, among other amenities.

The most beautiful feature is the elevator access to the city’s top observation decks.

Park Avenue Penthouse occupies the number six spot. This home is listed as one of the priciest available in New York City.

This penthouse sale ranks as New York’s second-highest ever. Fawaz Alhokair, who bought the penthouse in 2016, is the owner.

The 8,225-square-foot penthouse at 423 Park Avenue features six bedrooms and seven bathrooms. Bentley, Fendi, and Hermes all make appearances in the form of artwork and furnishings.

New York City’s 8thost expensive penthouse may be found at 15 Central Park West. This luxury condo was purchased in 2011 for a whopping $88 million.

It features two fireplaces and four bedrooms. The size of the patio exceeds 200 square feet. Ekaterina Rybolovleva, the daughter of Russian tycoon Dmitry Rybolovlev, paid up.

To put its value in perspective, this penthouse is valued at a whopping $88 million.

Dome Penthouse is the ninth on our list. This home is located in New York, the city of dreams.

Despite being built in 1907, it has seen limited sales activity. Tommy Hilfiger is the sole owner of Dome Penthouse. This apartment’s $80 million price tag reflects the lavish decor, which includes, among other things, a collection of pricey artwork.

The 12-story Opus building was the first residential project in Asia for Frank Gehry, a Canadian architect who won the Pritzker Prize.

The eighth-floor flat at the prestigious 53 Stubbs Road on the Peak has already set a new record for the most expensive sale in the city’s history.

Electric vehicle charging stations and rainwater recycling systems are among the conveniences provided.

Read Most Expensive Houses in the world

However, due to property-cooling measures adopted by the Hong Kong government, including stringent regulations on sales of first-hand property, the project has been temporarily halted. Unfortunately, you can only rent Opus right now.